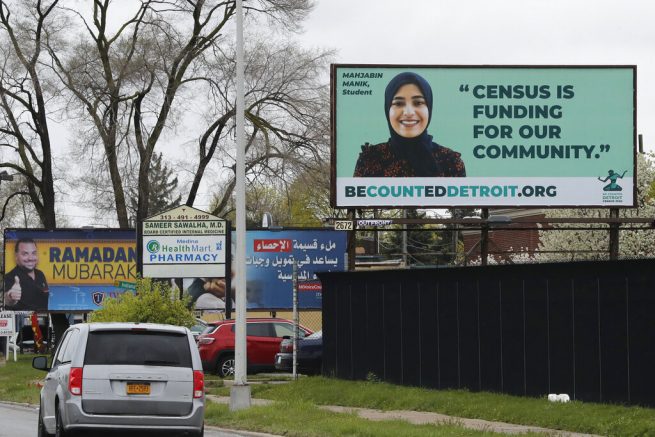 In this Thursday, April 30, 2020 photo, a billboard highlighting the 2020 Census is seen in Dearborn, Mich. The Arab American community checks many boxes that census and nonprofit officials say are hallmarks of the hardest-to-count communities: large numbers of young children, non-English speakers, recent immigrants and those who often live in multifamily or rental housing. (AP Photo/Carlos Osorio)

Michigan officials are encouraging Arab Americans to fill out the 2020 census. According to the Associated Press Monday, officials and non-profit groups are pushing for Arab-Americans, who are often underrepresented in the census, to fill out the forms.

The state has a large Arab American population and officials have said it’s highly important for them to fill out the census in order for the federal government to be able to provide enough aid to the state.

“Whatever federal funding comes into Michigan to help rebuild after is going to be based on census count of the population in Michigan and so, that includes the Arab American community,” said Rima Meroueh, Advocacy & Community Engagement Manager for ACCESS (Arab Community Center for Economic and Social Services).

As the entire world continues to live through this pandemic it is important to remember that the completing the census allows the city to receive federal funding that benefits each and every one of us, make sure to complete the Census. pic.twitter.com/KheiwgtDvZ

Experts have said Arab-Americans often check the boxes of people who typically have a hard time filling out the census, including living in large families, not being native English speakers and living in poverty. 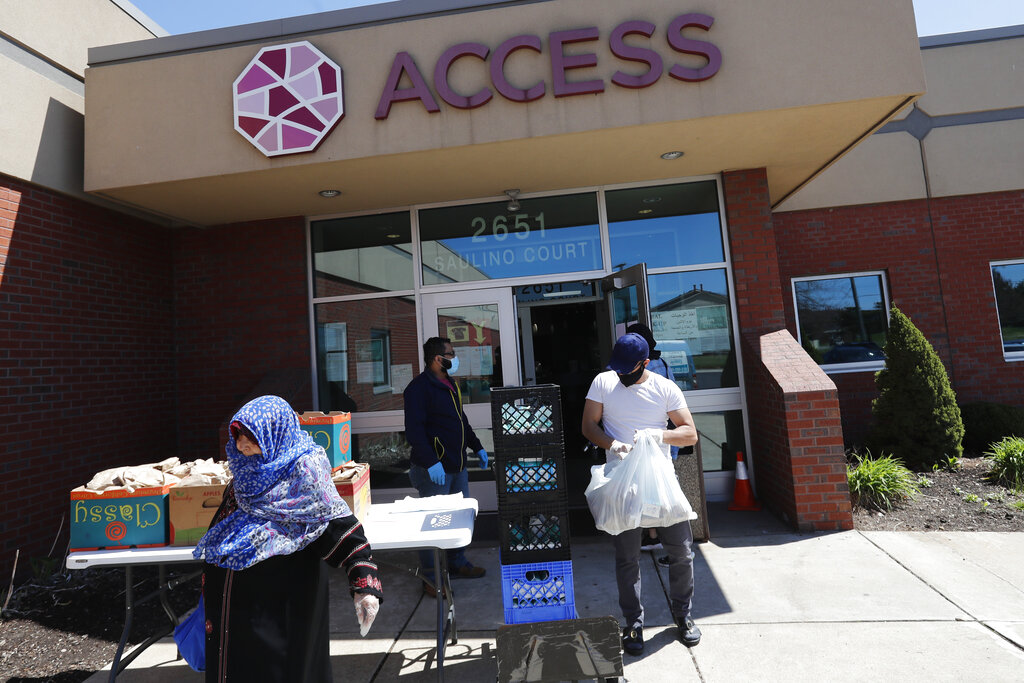 In this Friday, May 1, 2020 photo, workers at ACCESS, the Arab Community Center for Economic and Social Services, help with meals for the Arab community in Dearborn, Mich. As state officials and nonprofit groups target hard-to-count groups in the 2020 Census, like immigrants, many Arab-Americans say the undercount is even more pronounced for them. That means one of the largest and most concentrated Arab populations outside the Middle East — those in the Detroit area — could be missing out on federal funding for education, health care, crime prevention and other programs that the census determines how to divvy up. (AP Photo/Carlos Osorio)

Missing New York College Student Believed to Have Taken Her Own Life: DA

Authorities in New York said they suspect that a missing Buffalo State University student took her own life, but they have not discovered her body. Saniyya Dennis, 19, was last seen leaving her residence hall […]

US-backed Syrian Democratic Forces (SDF) fighters celebrate after fighting Islamic State (IS) group jihadists near the village of Baghouz in the eastern Syrian province of Deir Ezzor, on March 15, 2019. (GIUSEPPE CACACE/AFP via Getty […]