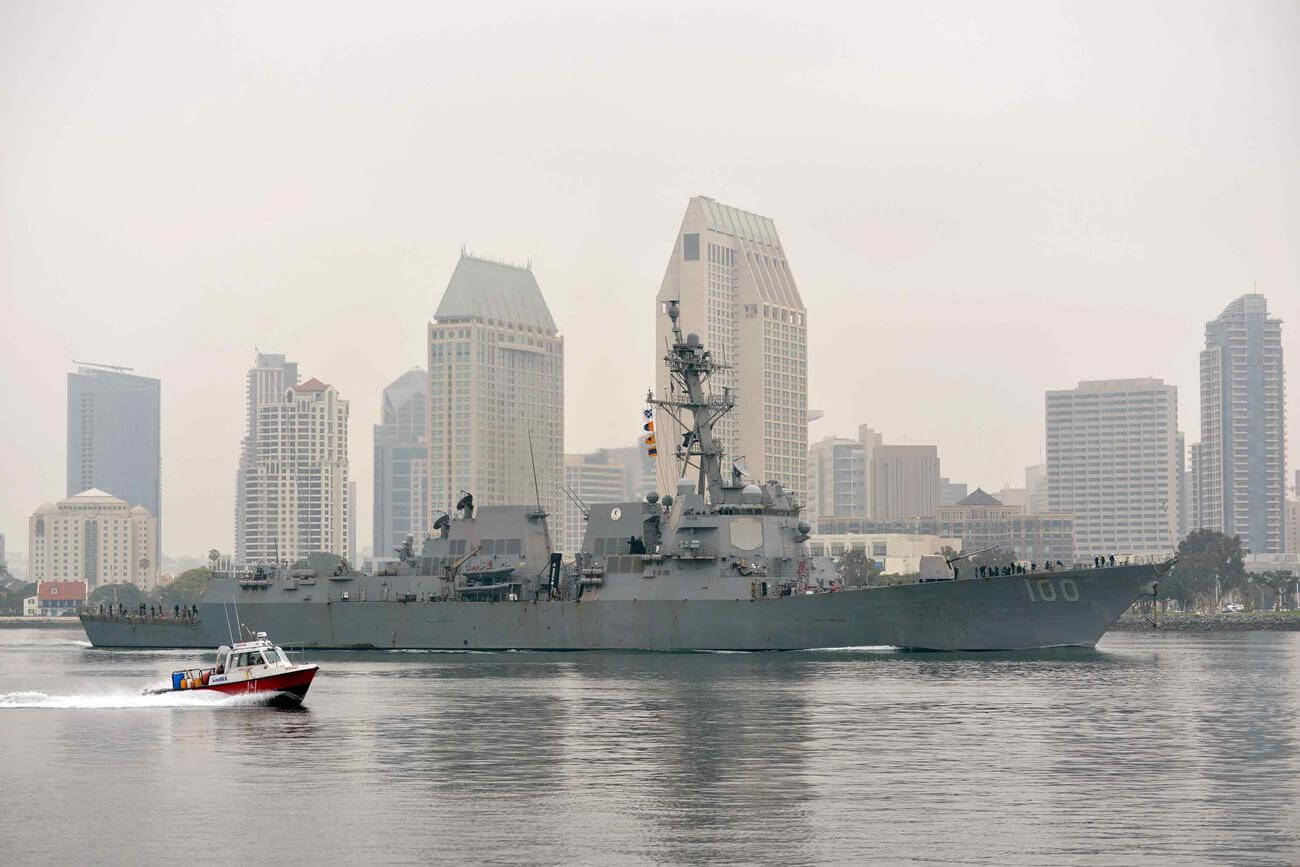 A second deployed Navy warship was sidelined this week after the coronavirus spread among its crew members, but the service has it won’t be giving anymore ship-specific updates on how many people have caught the illness.

Pentagon leaders want to break the pattern of providing the public with what one official called “minor changes” when it comes to the number of COVID-19 cases on ships.

“We believe that we’ve moved past the point where the daily updates are providing useful information for public conversation,” Jonathan Rath Hoffman, a Pentagon spokesman, said on Friday.

The service’s Thursday COVID-19 update from the Navy Office of Information stated that only significant changes on the aircraft carrier Theodore Roosevelt, destroyer Kidd and other deployed vessels would be released.

Hoffman said leaders made the decision after the full crews were tested for the virus, moved off the ship and the vessels were disinfected.

The Roosevelt has been in Guam since late March. The ship has been in the media spotlight since the former commanding officer wrote a candid letter about the growing health crisis on the carrier. He was ultimately fired after the was leaked and published in the San Francisco Chronicle. As of Thursday, there were 1,102 active COVID-19 cases among that crew.

A sailor assigned to the Roosevelt died of the illness last month.

The Kidd arrived in San Diego on Tuesday after 78 cases of COVID-19 broke out among the crew. At least two Kidd crew members had to be medically evacuated from the ship during its transit back to the U.S.

The ship was conducting counter-narcotics operations in the Pacific when one of the crew members began showing symptoms for the virus.

Defense Secretary Mark Esper ordered unit and base commanders in March to stop publicly announcing new coronavirus cases over concerns that adversaries could use the information to spot potential areas of weakness.

When the coronavirus cases broke out on the Roosevelt and the Kidd, Hoffman said it was the department’s initial stance not to release the numbers for operational reasons.

“We’ve made exceptions in a couple places that had a lot of public scrutiny, understandable and reasonable public scrutiny with the TR and the Kidd,” he said. “But we’ve now reached a point with both of those ships, particularly with the TR, where … the entire crew has been moved off, the entire crew has been tested, we have the results, the ship has been cleaned, the crew is now returning.”

Barring big spikes of cases on those ships or outbreaks on other deployed vessels, Hoffman said people shouldn’t expect case numbers to be updated.

“Everyone is well aware that there was a large outbreak on the ships,” he said. “… Now we’ve reached a point where we’re starting to move back into the normal operations, so providing the tracker, it has been determined, is just not necessary at this point.”