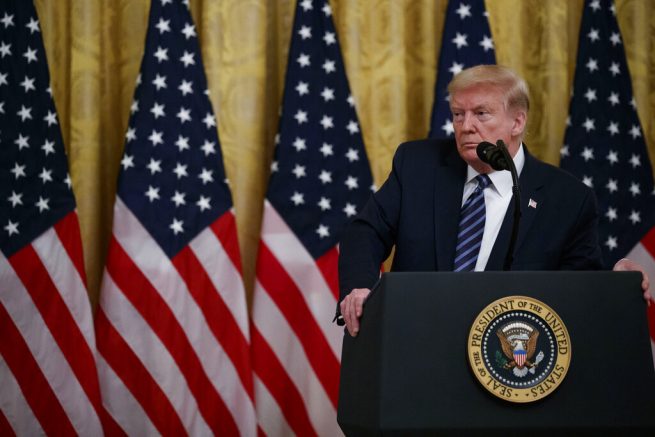 He made similar remarks while speaking with the press and New Jersey Governor Phil Murphy in the Oval Office Thursday. When asked whether voters should consider his reaction to the virus when they cast their ballots in November, the president replied, “Sure, I think they do.”

He then blasted former Vice President Joe Biden for his critical remarks on the Trump administration’s handling of the pandemic. 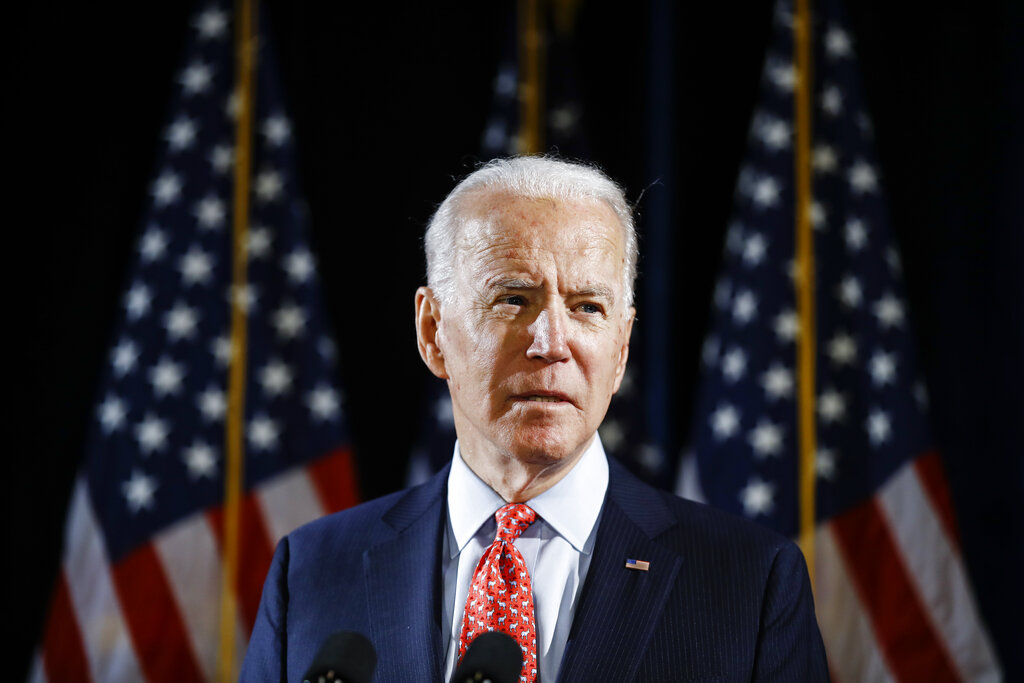 The president reportedly also stated he does not believe recent polls, which showed him trailing Joe Biden in the race for the White House. He added, “I believe the people of this country are smart and I don’t think that they will put a man in who’s incompetent.”

His remarks came after a Reuters/Ipsos poll showed the incumbent president behind Biden in three battleground states: Michigan, Wisconsin and Pennsylvania. These are states he flipped from the Democrats in 2016.

We can’t let the Fake News, and their partner, the Radical Left, Do Nothing Democrats, get away with stealing the Election. They tried that in 2016. How did that work out? 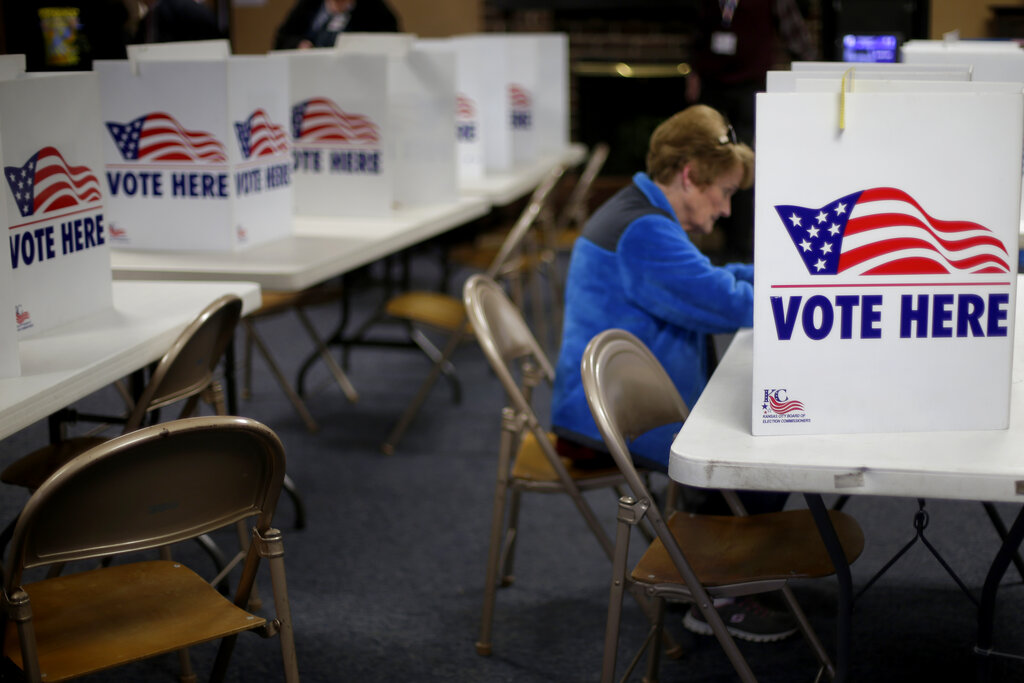 FILE – In this March 10, 2020, file photo a woman votes in the presidential primary election at the the Summit View Church of the Nazarene in Kansas City, Mo. (AP Photo/Charlie Riedel, File)

CNN reportedly claimed President Trump yelled at and threatened to sue his campaign manager, Brad Parscale, after he allegedly showed him negative internal polling data. He refuted the story in recent a tweet and congratulated Parscale for doing a “great job.”

Just told that Fake News @CNN is falsely reporting that I was recently shouting at my campaign manager over made up nonsense. Actually, he is doing a great job, I never shouted at him (been with me for years, including the 2016 win), & have no intention to do so. Just FAKE NEWS!

The day after the reported incident, the campaign manager spoke with the president’s daughter-in-law, Lara Trump, and was apparently still in his good graces as he bashed public performances of Biden.

“The fact is, if you’re just messing people’s names up, messing up entire facts, don’t know what year 9/11 happened, something’s missing,” stated Parscale. “I feel bad for him (Biden), I wish his wife would pull him out of this, let him go up to Delaware and sit on the beach for a while.”

He also called out the CNN report in a tweet and said his relationship with the president remains “great.”

There’s absolutely no daylight between us. We have a great relationship that spans almost 10 yrs.

Curious how multiple outlets had the same false story from bitter anonymous sources whose clear goal is to hurt POTUS.

MORE NEWS: RNC Moving ‘Full Steam Ahead’ For 2020 Convention, While DNC’s Still Up In The Air