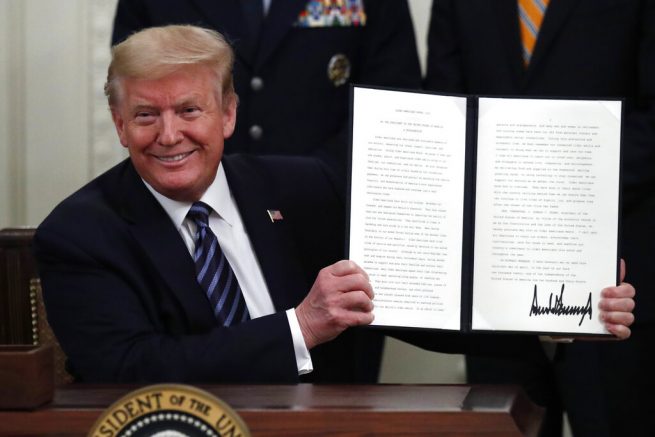 President Donald Trump smiles as he holds the signed proclamation for Older Americans Month during an event about protecting seniors, in the East Room of the White House, Thursday, April 30, 2020, in Washington. (AP Photo/Alex Brandon)

President Trump has announced new measures to protect America’s seniors amid the pandemic. On Thursday, the president revealed the creation of the ‘Coronavirus Commission for Safety and Quality Nursing Homes,’ which will focus on protecting the nation’s senior population.

The commission will be using $81 million from the CARES Act to increase nursing home inspections.

“This week, we’ll be finalizing a new rule requiring information about coronavirus cases in nursing homes to be reported directly to CDC and testing data to be posted online, so everyone gets to see it,” stated President Trump. “This will also require nursing homes to report cases to residents and their family members.”

He also signed a proclamation declaring May as ‘Older Americans Month.’ 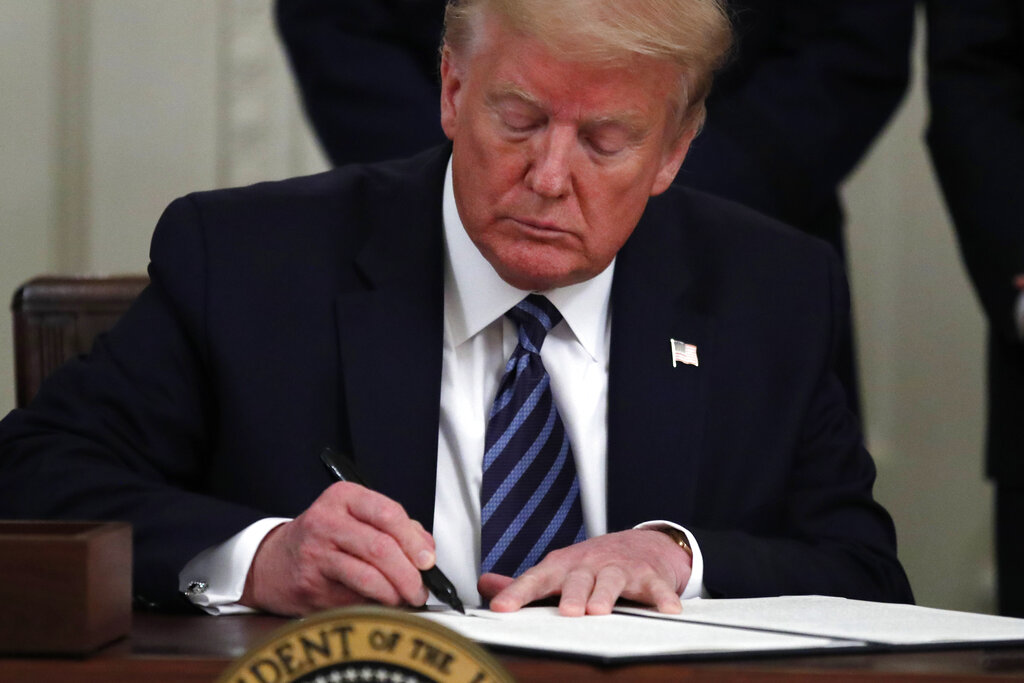 President Donald Trump signs a proclamation for Older Americans Month during an event about protecting seniors, in the East Room of the White House, Thursday, April 30, 2020, in Washington. (AP Photo/Alex Brandon)

According to the president, U.S. officials and scientists are working as fast as possible to produce a coronavirus vaccine as part of Operation Warp Speed. On Thursday, he announced his administration will “fast-track a vaccine like never before” as soon as one is produced.

The Trump administration’s goal is to have 100 million doses of the vaccine ready by the end of the year. The president confirmed he will be overseeing the effort.

“Whatever the maximum is, whatever you can humanly do, we’re going to have, and we hope we’re going to come up with a good vaccine. You know who’s in charge of it, honestly? I am. I will say we’re dealing with, as you know, the general and the admiral. They’re very much in charge, but I think probably more than anything, I’m in charge.” – Donald Trump, 45th President of the United States

Biotech firm Moderna has been working with the National Institutes of Health on a potential vaccine, which went through an early phase of human trials in March. The National Institute of Allergy and Infectious Disease has reported Gilead Sciences’ antiviral drug Remdesivir may be effective in fighting the virus.

A Texas mother of two young children, who works as a school principal, was shot and killed by her husband in an alleged murder-suicide incident. Investigators said that 40-year-old Nicholas Allen shot and killed his […]

National Security Adviser: We have to continue to pressure China on origins of COVID-19

Regeneron scientists work with a bioreactor at a company facility in New York state for efforts on an experimental coronavirus antibody drug. (Regeneron via AP) OAN NewsroomUPDATED 6:50 AM PT – Tuesday, November 17, 2020 […]