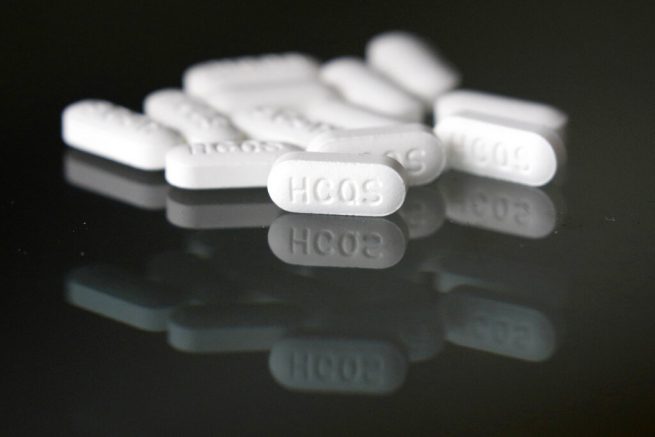 Dozens of states are stockpiling hydroxychloroquine, which has been touted by President Trump as an effective measure against COVID-19. New reports have revealed that upwards of 22 states have secured shipments of the anti-malaria drug.

Supporters of the treatment have said there is enough evidence showing its effectiveness in treating coronavirus. However, the president said last week that despite the positive reports coming out of other countries currently using it for the virus, more clinical trials still need to be done to assure safe use on a large scale.

“Look, I’m not a doctor, the study has to be done and maybe it’s helped, if it helps, it’s great,” stated the president. “If it doesn’t help, don’t do it…it does work with, as you know, malaria, lupus, etc. and it’s a very powerful drug.”

Hydroxychloroquine is shown to be thromboprotective, reducing thrombosis by 68% in lupus patients.

EARLY treatment with HCQ may PREVENT thrombosis in COVID-19.https://t.co/TuyfuQmkQ2

President Trump and health officials have repeatedly warned patients not to ingest the drug outside of a hospital setting under the direct supervision of a doctor.

“And I would say this, if it works I think everybody would be in favor of it,” the president continued.

RELATED: Patients across nation recovering from coronavirus thanks to hydroxychloroquine

Texas, Indiana, and Oklahoma on Monday announced that they will be joining a growing number of GOP-led states in ending the expanded federal unemployment benefits that were implemented during last year’s pandemic relief efforts. In […]

S.C. lawyer claims he hired gunman to kill him so son could collect insurance

Buster Murdaugh, center, receives a hug in the rain during the funeral service for his brother, Paul, and mother, Maggie, on Friday, June 11, 2021 in Hampton, S.C.  (Kacen Bayless/The Island Packet via AP) OAN […]