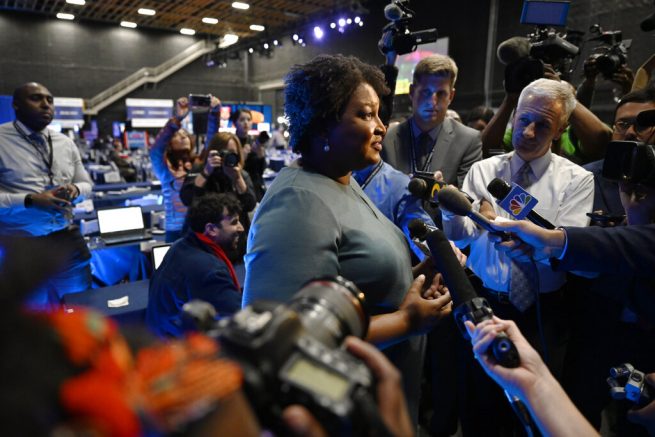 His comments came after Abrams made it known publicly over the weekend that she would be willing to serve as vice president. Booker also named Sen. Kamala Harris (D-Calif.) and Sen. Amy Klobuchar (D- Minn.) as possible picks, adding that there are plenty of incredible candidates out there to choose from.

Now more than ever, we need a president who will choose hope over fear, unity over division, truth over lies, and science over fiction. pic.twitter.com/RmUuKLc70X

Booker has previously mentioned the idea of Abrams for a vice president pick and last January said she is someone who should be considered on the shortlist of every Democrat who might end up being nominated.

L.A. residents flock to buy guns for their own safety

A police officer works behind a broken glass door at the scene of a Calif. crime. (AP Photo) OAN NewsroomUPDATED 9:32 AM PT – Tuesday, January 11, 2022 Liberal policies have people running for the […]

Biden, Harris sign documents ahead of nomination at DNC

MALE, Maldives—Police in the Maldives said Friday an explosion that wounded former President Mohamed Nasheed and four others including a British national was an act of terrorism and they are attempting to identify four possible […]