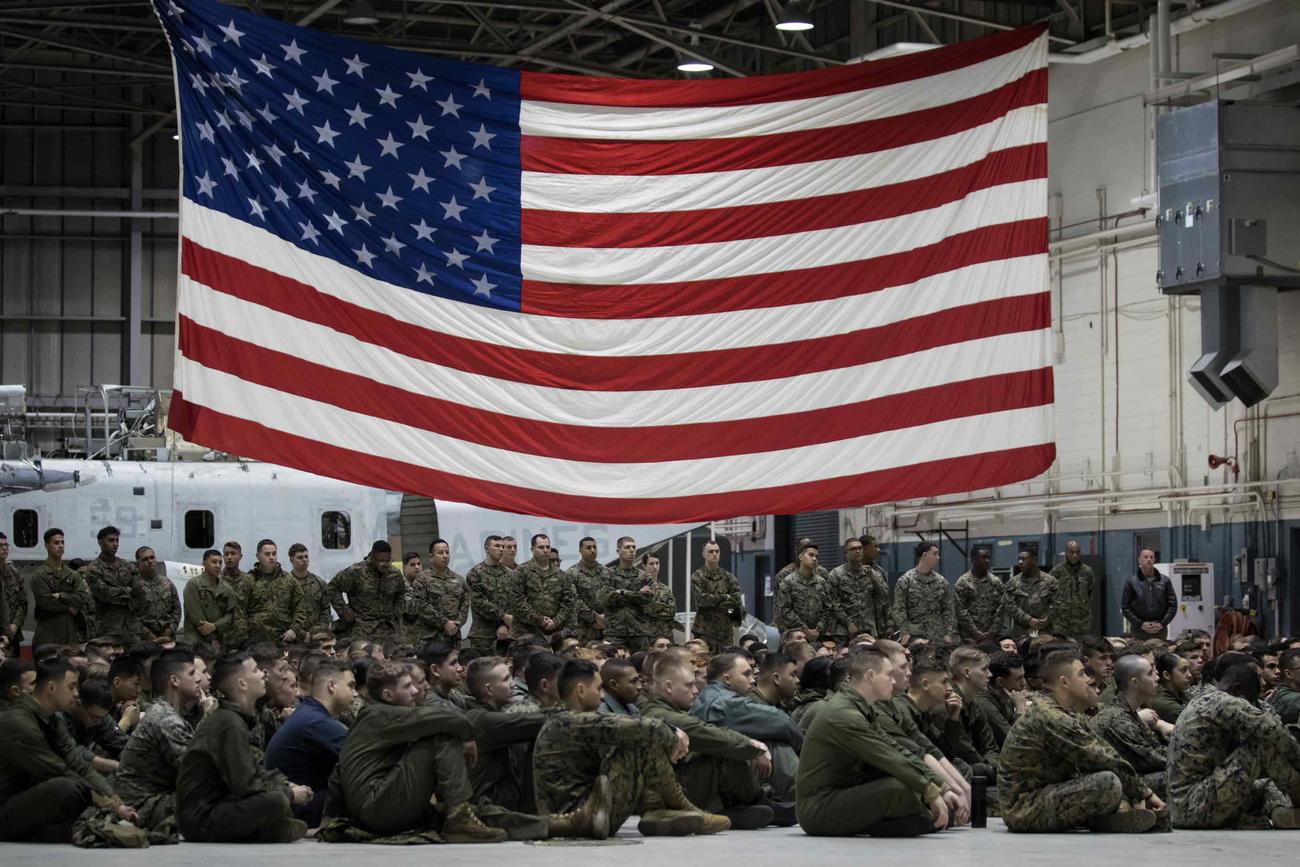 A Pentagon report that details U.S. military suicides and suicide attempts in 2018 showed a 13% increase in the suicide rate for active-duty personnel compared with the previous year, with the Marine Corps suffering the highest rate of loss, followed by the Army.

In 2018, 325 active-duty service members, 81 reserve members and 135 National Guard members took their own lives, according to the 2018 Department of Defense Suicide Event Report released Monday.

The 2018 data show a rising trend in suicide rates since at least 2011 for active-duty personnel, say the analysts with the DoD Psychological Health Center of Excellence who authored the report. The statistics indicate that suicides among active duty Air Force airmen and Marines are definitely trending upward, while those for the Army and Navy are showing a “less certain” rise, they said.

Still, the authors said, the overall active-duty suicide rate is comparable with civilian U.S. rates adjusted for age and gender using the most recent data from Centers for Disease Control and Prevention, published in 2017.

The annual DoD Suicide Event Report analyzes information from individual suicides and suicide attempts taken for each event after the fact. Beginning last year, DoD started releasing an annual report that contains the basic data, such as rates and number of suicides, but it does not include the extensive demographics and statistical analysis contained in the Suicide Event Report, usually released 18 months to two years after a calendar year.

The assertions made in the 2018 DoD Suicide Event Report support what Pentagon leaders have said in the past couple years — that suicide among service members is growing nationwide problem and the rates of suicides and attempts in the military are in line with an American trend.

“I wish I could tell you we have an answer to prevent further, future suicides in the armed services. We don’t. We are caught up in what some call a national epidemic of suicide among our youth,” Defense Secretary Mark Esper said last year.

“Suicide is a difficult national problem without easily identifiable solutions that has the full attention of leadership,” said Lt. Gen. Brian Kelly, deputy chief of staff for manpower, personnel and services for the Air Force in February.

As seen in previous years, the majority of active duty service members who died by suicide in 2018 were men (94%) under age 30 (67%). Most had no history of deployment and more than half died by using a firearm. More than half, 55%, had no history of a mental health condition, but half had been in touch with the military health system before their deaths.

Occupational specialties with the highest rates of suicide were infantry or gun crews in the Army and Marine Corps, for the Air Force, service and supply handlers and in the Navy, electrical or mechanical equipment repairers.

The reserve rate, the authors said, is statistically no different than the overall U.S. population but the National Guard rate is significantly higher, the authors noted.

Service members who are experiencing suicidal thoughts are urged to call the confidential Military Crisis Line at 1-800-273-8255, press 1. There are also text and chat options at www.militarycrisisline.net or text 838255.

An unspecified number of the more than 100 troops who were treated for traumatic brain injuries suffered in a January missile attack on Al Asad air base in Iraq have been recommended for Purple Hearts, […]

The head of U.S. Space Command says there is value in going back to the drawing board to look for a new base to host the Defense Department’s newest combatant command. “If you look at […]