Attorney General Jeff Sessions Is Temporarily Shutting Down A Taxpayer-funded Advice Service For The Huge Numbers Of Illegal Migrants Who Drive Down Blue-collar Wages Throughout The United States, According To The Washington Post.

The program, dubbed the Legal Orientation Program, paid various left-wing groups to provide immigration-court advice to migrants, according to the Washington Post. The program helped roughly 53,000 migrants during 2017, the Post said.


The shutdown spotlights the administration’s efforts to reform the nation’s business-oriented immigration system, which annually delivers at least one million additional cheap workers and taxpayer-aided consumers to businesses, and up to one million government-dependent voters to the Democratic Party. Overall, the nation’s migration policy shifts at least $500 billion per year from young Americans up to investors, employers, real-estate owners, and migration-industry progressives.

Migration advocates, including immigration lawyers who sell slices of American citizenship, quickly showed their resentment about the loss of the taxpayer subsidy, which has been run by the huge Vera Institute of Justice since 2005. According to the Washington Post:

“This is a blatant attempt by the administration to strip detained immigrants of even the pretense of due-process rights,” said Mary Meg McCarthy, executive director of the National Immigrant Justice Center, one of the organizations that offers the legal services with Vera.

At least 600,000 migrants have applied for asylum via the clogged immigration court system, and roughly 1 million migrants have received final orders of deportation, but have not yet been sent home.

Another shameful attack on fairness and due process. Most asylum seekers never get a lawyer. Now DOJ is eliminating the only life-line guiding them through the baffling & byzantine immigration system. Dept of INJUSTICE will send many back to life-threatening persecution. https://t.co/49QnJbq6gw

Migration-industry officials refer to migrants as “immigrants,” as if they have already been approved for legal immigration by Americans.

More terrible news from the Trump administration. The end of the Legal Orientation Program (LOP) will have a huge impact on detained immigrants and organizations supporting them. https://t.co/XIqgP5tA1l

@CAIRCoalition operates one of these program in MD and VA. We are the only ones going into these detention centers. In many places these programs are the only acces to legal services detained immigrants including asylum seekers have. #immigration #DueProcess https://t.co/AdPtzTdLz5

I’ve worked on 2 different LOP projects. This will pile on more to already over worked IJs and will add to the Immigration Court backlog. https://t.co/qQucJDHUFV

According to Vera, the suspended LOP program:

… educates detained immigrants about their rights and the immigration court process so that they can make informed decisions about their legal cases. Vera works with 18 nonprofit legal service providers to offer orientations about defenses against removal (deportation) and the court process, as well as to assist in the process of seeking pro bono representation. The program, funded by the Executive Office of Immigration Review (EOIR) and administered by Vera, operates at 38 detention facilities across the country.

A 2008 report on the LOP program suggests it helped many migrants win green cards:

A 2012 report on the program suggested taxpayers aided 29,000 illegals but did not say how many won their deportation hearings. But even a 5 percent gain in 2012 would have added up to almost 1,500 extra migrants, plus families and chain-migration relatives.

The reports do not calculate the costs of the program’s imposition of low-skill migration on blue-collar and white-collar Americans.


The news about LOP’s temporary shutdown does not mention if Sessions’ Justice Department will also freeze funding for a second Vera-run advice program for illegals. The 2016 program is called the “Immigration Court Helpdesk.” According to Vera:

Four million Americans turn 18 each year and begin looking for good jobs in the free market.

But the federal government inflates the supply of new labor by annually accepting roughly 1.1 million new legal immigrants, by providing work-permits to roughly 3 million resident foreigners, and by doing little to block the employment of roughly 8 million illegal immigrants.

The Washington-imposed economic policy of economic growth via mass-immigration shifts wealth from young people towards older people, it floods the market with foreign labor, spikes profits and Wall Street values by cutting salaries for manual and skilled labor offered by blue-collar and white-collar employees. It also drives up real estate prices, widens wealth-gaps, reduces high-tech investment, increases state and local tax burdens, hurts kids’ schools and college education, pushes Americans away from high-tech careers, and sidelines at least 5 million marginalized Americans and their families, including many who are now struggling with opioid addictions. 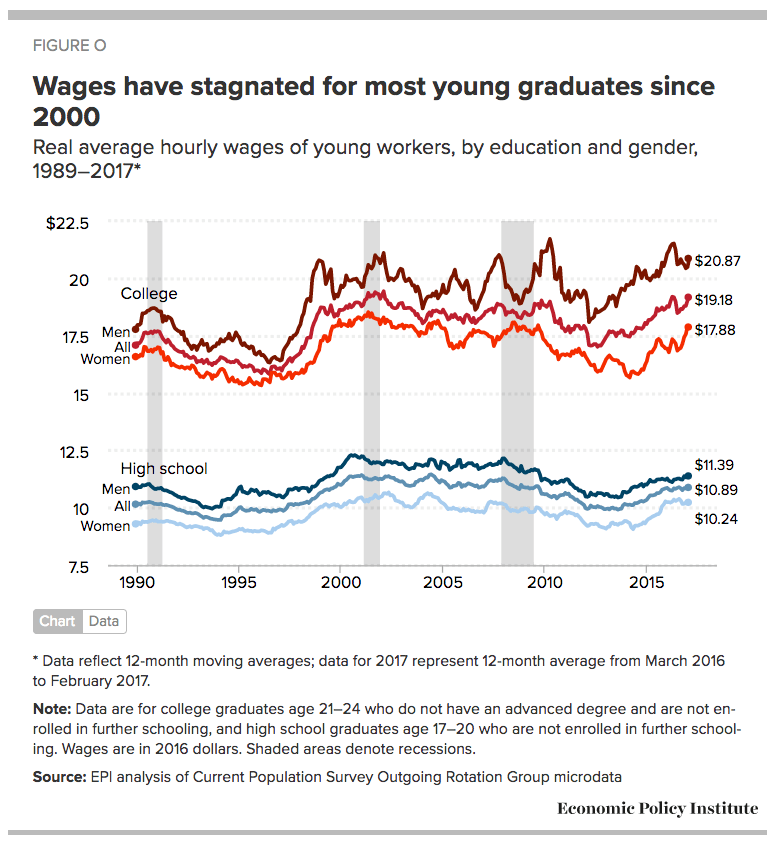 A Rutgers University student is calling out his school for “privileging” illegal immigrants over American citizens and legal immigrants. In February, Rutgers students started a petition opposing Immigration and Customs Enforcement (ICE) appearing at a […]