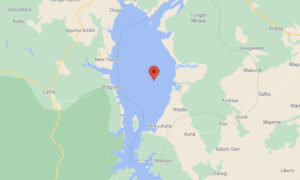 LAGOS, Nigeria—Nigerian authorities confirmed that at least 60 people have died in a boat accident on the Niger River and that 83 missing passengers are also feared dead.

The boat with more than 160 passengers, including many children and women, sank after hitting an object and breaking up Wednesday while traveling along Nigeria’s largest river in Kebbi state, in the northwestern part of the country.

Emergency workers continued recovery efforts Friday. Bodies were carried from the team’s boat near the river bank to a waiting ambulance.

Workers recovered 55 bodies on Thursday to bring the death toll to 60 so far, according to Sani Dododo, chairman of the Kebbi State Emergency Management Agency.

“We hope to recover more bodies Friday,” he said, adding that he fears the 83 passengers still missing might not be found alive.

Twenty-two passengers were rescued shortly after the accident, but no other person has been rescued alive since then.

Among the dead was a baby less than one year old.

Recovery efforts are slow because the river is currently high and moving swiftly, making conditions dangerous for the divers and workers in boats, Dododo said.

It was unclear what caused the boat to break up as it was traveling from Nigeria’s Niger state to the town of Wara in Kebbi state.

Boat accidents are common in Nigeria, especially on the Niger River, with causes including overloading, the bad state of many boats, and debris underwater that the vessels often hit.