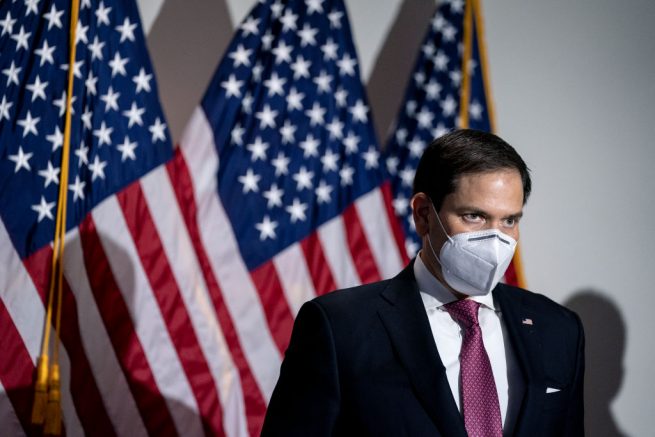 According to reports, Spanish-speaking supporters of President Trump have recently been targeted by threats over social media.

Reports on Thursday stated residents in south Florida have started getting messages on ‘WhatsApp‘ chats this week. The messages claimed they’ll be targeted if President Trump loses the election and refuses to concede.

This also included threats to burn down their houses, similar to messages seen in other states. Sen. Marco Rubio (R-Fla.) took to Twitter on Friday to state the ‘WhatsApp’ messages that threatened Trump supporters in Florida are indeed fake.

Experts have said the message’s anonymity, method of delivery as well as nature of threats point to a disinformation campaign.

WASHINGTON, D.C. – MARCH 01: Rep. Pramila Jayapal (D-Wash.) speaks during a news conference with Sen. Elizabeth Warren (D-MA) to announce legislation that would tax the net worth of America’s wealthiest individuals at the U.S. […]

At the Dane County Farmers Market around the state Capitol in Madison, Wisconsin, you can find a lot of local cheese, as you can imagine. One of them is a bit of a delicious spectacle: […]

With summer heat waves on the horizon, officials in Rancho Santa Margarita, Calif. are breaking ground on a new public splash pad. The Central Park Splash Pad has been in the works since 2017 after being […]