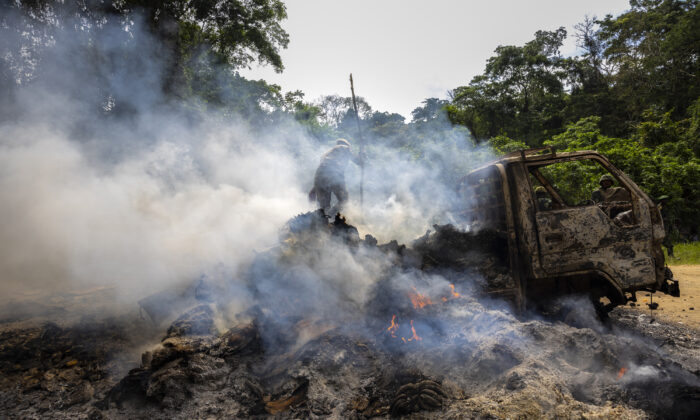 Gunmen came into Beni’s central mosque Saturday, shooting dead Sheikh Ali Amin Uthman, the representative of the Islamic community of Beni, according to the head of the mosque, Sheikh Moustapha Matsongani.

The identity of the attackers was not yet known. Matsongani told The Associated Press that Amin had been receiving threats from the Allied Democratic Forces (ADF) for more than a year, and had been questioned by security services days earlier about those threats.

“We asked him to leave Beni if possible to flee the death threats,” said the governor of the North Kivu province, Nzanzu Carly Kasivita. “Investigations are underway.”

Amin had often gone on the radio to denounce extremism.

His attack came on the heels of attacks in villages for days that left 19 dead, according to civil society groups.

The ADF originated in neighboring Uganda and has long been a threat in eastern Congo. The ISIS terrorist group has claimed some attacks carried out by ADF rebels, but the exact relationship between the groups is not clear.

A Congolese military campaign was launched against the rebels last year and fighters have since dispersed and fled into eastern Congo, where dozens of armed groups are fighting to control the mineral-rich land.

Rebels have responded to the military offensive with increased attacks, killing more than 800 people last year.

How Garlic Can Help Clogged Arteries

Garlic is one of the most powerful foods around, and for good reason. Apart from its known antibacterial, antifungal, and antimicrobial properties, garlic has been documented in studies to prevent and treat cardiovascular diseases, high […]