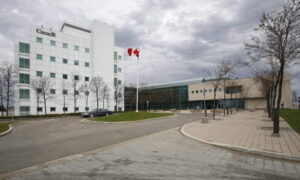 A Commons committee is calling on the Public Health Agency Canada (PHAC) and National Microbiology Laboratory (NML) to explain why it has not provided unredacted documents regarding the transfer of deadly viruses to China’s Wuhan laboratory, after the agency and lab missed its 20-day deadline to provide the documents.

The Canada-China Relations Committee (CACN) unanimously agreed Monday to summon PHAC president Iain Stewart and NML acting vice-president Dr. Guillaume Poliquin to appear before the committee on May 10, to explain why they have not provided unredacted documents regarding the transfer of Ebola and Henipah viruses to the Chinese military-affiliated Wuhan Institute of Virology (WIV) before the deadline.

The decision was made in accordance to a motion the committee passed on March 31 that states should the PHAC “not provide documents in their unredacted form within 20 days,” the two will be scheduled to testify to the committee members on why that is so.

In July 2019, Chinese scientist Xiangguo Qiu, who was responsible for the virus shipment, was escorted by police from NML, along with her husband, Keding Cheng, and her students from China. Qiu and Cheng were stripped of security clearance.

NML, which is based in Winnipeg, is Canada’s highest-security Level 4 lab that works with some of the deadliest human and animal pathogens, such as Ebola.

The PHAC said that their removal was due to a possible “policy breach” and administrative reasons, which the RCMP in Manitoba was investigating. The agency also said their eviction had nothing to do with the shipment of viruses to WIV.

In February, a spokesman from PHAC confirmed the two were no longer employed by the PHAC as of Jan. 20, but didn’t elaborate further.

“We cannot disclose additional information, nor comment further, for reasons of confidentiality” wrote Eric Morrissette, chief of media relations for Health Canada and PHAC, in an email to CBC.

The non-disclosure by the PHAC, however, prompted the CACN to summon Stewart and Poliquin to testify on March 22.

Despite being grilled by opposition MPs, Stewart refused to provide details about PHAC’s investigation and the reasons why the two scientists were removed from the NML.

Likewise, Poliquin’s response to NML’s agreement to the transfer the viruses to China at the request of WIV left Conservative MP John Williamson baffled.

“You’re taking a request from a nation that has a history of theft and lies, and accepting that because it’s what the law in this country says, that this is sufficient, at a time when our national security institutes are warning academia in general to be very careful. That’s a remarkable testimony,” Williamson said.

Conservative MP Garnett Genuis told The Epoch Times on April 22 that the failure of PHAC to answer the questions led the committee to pass the March 31 motion, giving the agency 20 days to submit all information and documents related to the shipment of the viruses to the Wuhan lab.

“There’s just these ongoing questions, as well about how aware government bodies are or are not about the risks of engaging with institutions that could be under Chinese state control,” Genuis said.

“There are many questions that this episode raises about the general approach being taken to national security in the context of important research institutions. And we as parliamentarians are committed at least in the opposition, we are committed to getting to the bottom of this.”

With reporting from Andrew Chen.