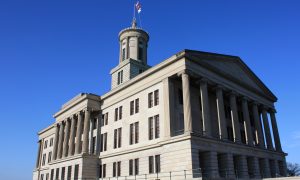 The Tennessee Legislature passed a bill that would require the burial or cremation of aborted fetal remains in the state, sending the measure to the governor’s desk for his decision.

The bill passed the Republican-controlled House and Senate on Monday and Wednesday, in a 69-22 vote and 27-6 vote, respectively.

If the measure is signed into law, aborted fetal remains would need to be buried or cremated, and the woman who had aborted her fetus would be able to make the decision between the two options. She would also be able to determine the final location of the remains.

If the woman does not opt to make a decision, the measure requires that the abortion facility decides whether to bury or cremate, and where the remains will be placed following the procedure.

Rep. Tim Rudd (R-Tenn.), the bill’s sponsor, said in a statement that the actions mandated by the bill post-abortion are “the right thing to do,” reported WRKN. He said that many of the fetal remains are of unborn children who are “up to almost full term.”

“These unborn children, many of them up to almost full term, deserve the same dignity as any other human being,” he added.

Gov. Bill Lee, a Republican, has not indicated whether he’ll sign the new legislation. The Epoch Times has reached out to his office for comment on the matter.

The governor in 2020 signed a pro-life bill to ban abortion once a fetal heartbeat is detected around six weeks of pregnancy. The measure was blocked from being enacted due to a federal court challenge.

London police said Black Lives Matter activist Sasha Johnson was shot by a group of four black men, and nothing is suggesting she was the intended target of the attack. Johnson was shot in the […]

Commentary Zhen Liang, also known as Sarah, is an Epoch Times Hong Kong edition reporter who was stalked by a suspected CCP (Chinese Communist Party) secret agent on her way to an interview on April […]