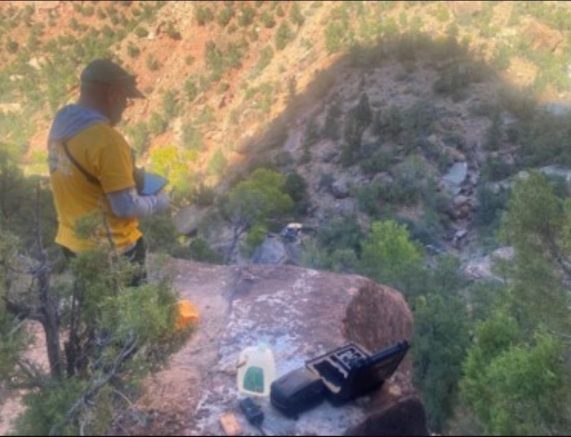 Rangers reportedly received a credible tip from a visitor who said they had seen her. She has since been reunited with her family.

Missing Person Holly Suzanne Courtier Found at Zion National Park. She has been reunited with her family. pic.twitter.com/DdAySxn5Dj

In a statement, Courtier’s family expressed they are overjoyed she was found safely. They thanked park rangers, search teams and volunteers for their efforts.

“We are also so grateful to the countless volunteers who were generous with their time, resources and support,” read the statement. “This wouldn’t have been possible without the network of people who came together.”

This came after she was reported missing on October 6th.

If you have any information regarding this individual, contact the NPS ISB Tip Line at (888)653-0009.#USParkRangers pic.twitter.com/bR8H7DxkG8

Courtier reportedly lost her job due to the pandemic and bought a van to travel to different national parks.

“She was an avid hiker, anytime that she had free time she was out, even in California, hiking,” said Kailey Chambers. “This was something that was very close to her heart.”

The White House was working closely with top U.S. fuel pipeline operator Colonial Pipeline on Sunday to help it recover from a ransomware attack that forced the company to shut a critical fuel network supplying […]