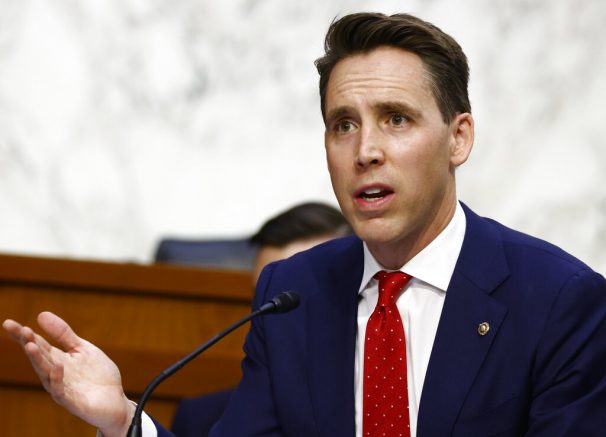 Sen. Josh Hawley (R-Mo.) said Americans who were prevented by social media networks from sharing recent stories about Hunter Biden should be able to sue those companies.

In an interview Thursday, the Republican lawmaker said it’s impossible to hold tech giants like Twitter and Facebook accountable because they’ve gotten to be monopolies. He pointed to the double standard of the New York Times publishing the President’s tax returns with virtually no push-back.

On Wednesday, Hawley highlighted a September appearance before the Senate where he noted that Big Tech platforms are operated by “woke liberals.”

The senator called efforts to block unfavorable stories about Joe Biden “collusion” that’s got to stop. Back in June, Hawley introduced a bill to give Americans legal recourse toward tech companies that selectively censor political speech and hide content.

RELATED: President Trump: If Big Tech persists, we must strip them of their Section 230 protections

Prohibiting any new leasing for the exploration, development or production of oil or gas along the coast of Southern California is the subject of a new bill proposed by U.S. Rep. Mike Levin (D-CA). If […]