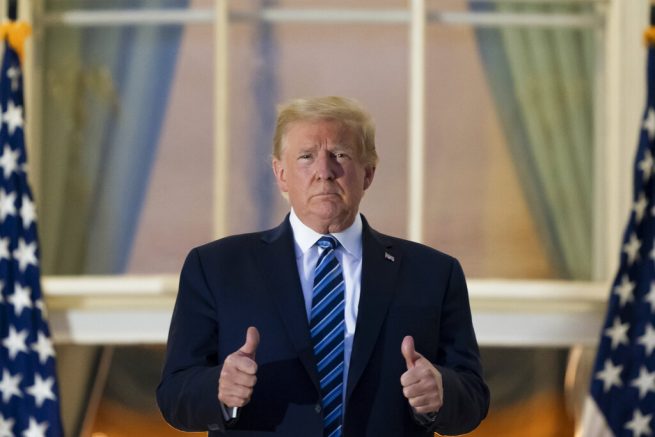 President Trump is back in the Oval Office after his physician reported he has been fever free for more than four days and symptom free for over 24 hours.

Reporters first took note of the President’s return after seeing a Marine standing guard outside the West Wing. The White House has since confirmed he was being briefed on Hurricane Delta and stimulus talks.

Earlier in the day, Dr. Sean Conley stated the President’s vital signs remain stable. He also noted President Trump has not needed or received any supplemental oxygen since initially being hospitalized.

According to the physician, President Trump reported feeling great as he continues to work. 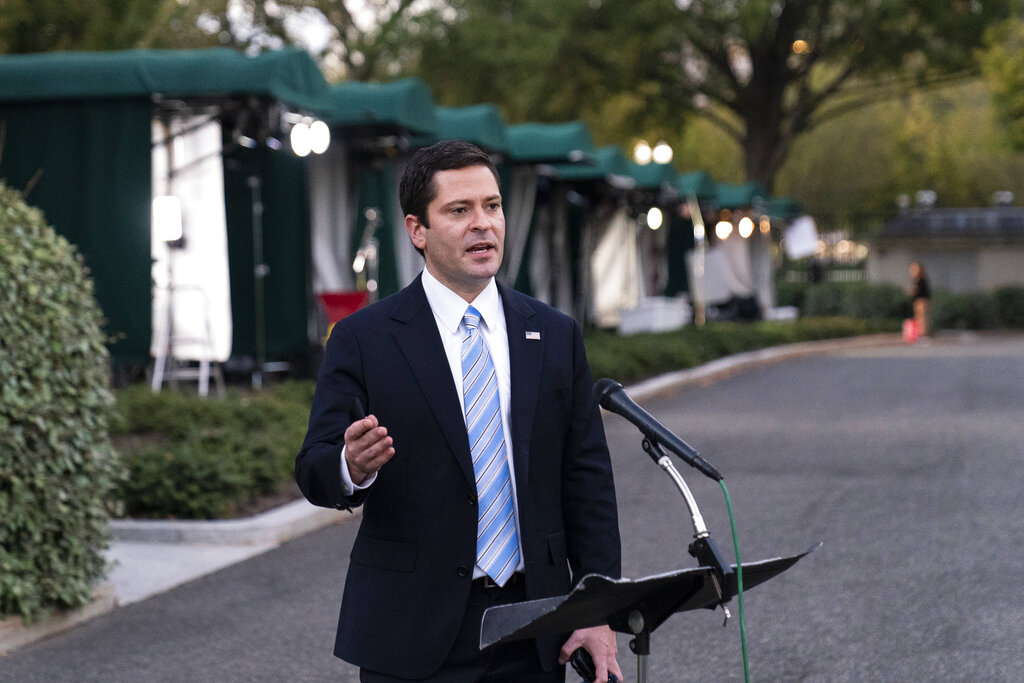 White House deputy press secretary Brian Morgenstern talks with reporters as he walks back to the West Wing of the White House, Wednesday, Oct. 7, 2020, in Washington. (AP Photo/Alex Brandon)

Despite this, the mainstream media has criticized the President for returning to the Oval Office and other areas of the West Wing while still infected with the virus.

“So we have ways for him to do that (work in the Oval Office), we have PPE that we can use and we can interact with him standing back, like you’re standing back from me,” he said. “People can wear masks, goggles, gloves or whatever may be needed, we have CDC guidelines.”

Morgenstern also responded to questions about when the President’s last negative COVID test was.

“Look, we’ve addressed this, we’re not asking to go back through a bunch of records and look backwards,” he added. “We’re looking at the contact tracing process, to mitigate further spread of the disease.” 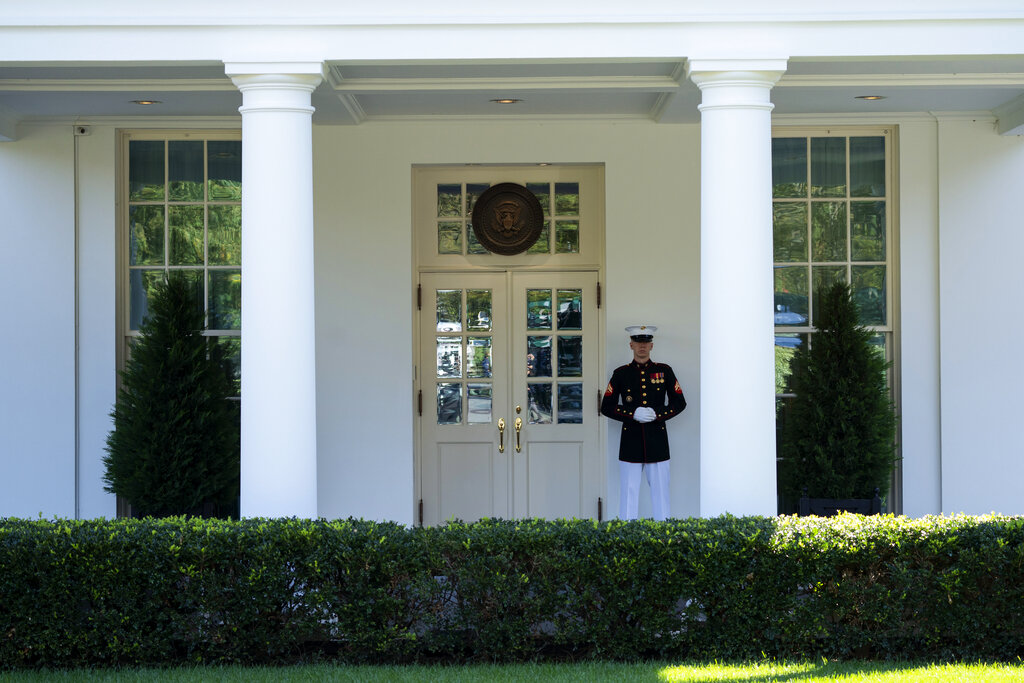 A Marine is posted outside the West Wing of the White House, signifying the President is in the Oval Office, Wednesday, Oct. 7, 2020, in Washington. (AP Photo/Evan Vucci)

The White House official further explained that experts like Dr. Anthony Fauci have said President Trump is getting to the point where he wouldn’t be contagious to personnel.

Morgenstern stated the bottom line is the President “can interact with staff in a safe way” and noted “that’s a great thing.”

A hundred years ago, the name John Philip Sousa on a concert program brought out music-loving crowds all over the United States and around the world. From the time he founded his own band in […]