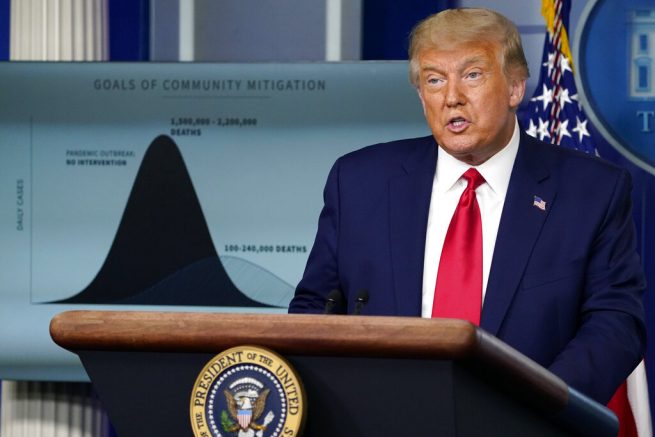 President Trump has estimated a coronavirus vaccine will be available to every American by April of next year. He made the announcement during Friday’s press briefing at the White House.

According to the President, the timeline is based on manufacturing that’s already in progress.

He confirmed as soon as a vaccine is approved, distribution will begin within 24 hours.

“We will have manufactured at least 100 million vaccine doses before the end of the year, and likely much more than that,” stated the President. “Hundreds of millions of doses will be available every month, and we expect to have enough vaccines for every American by April.”

He went on to say the vaccine is in its final stages and going through the “gold standard.”

MORE NEWS: Moderna’s COVID Vaccine Expected To Be Ready By End Of Year

The Bank of England has forecast the economy will grow this year at its fastest pace since the Second World War as Britain stages a vaccine-fuelled recovery. The Bank predicts gross domestic product (GDP)—a measure […]