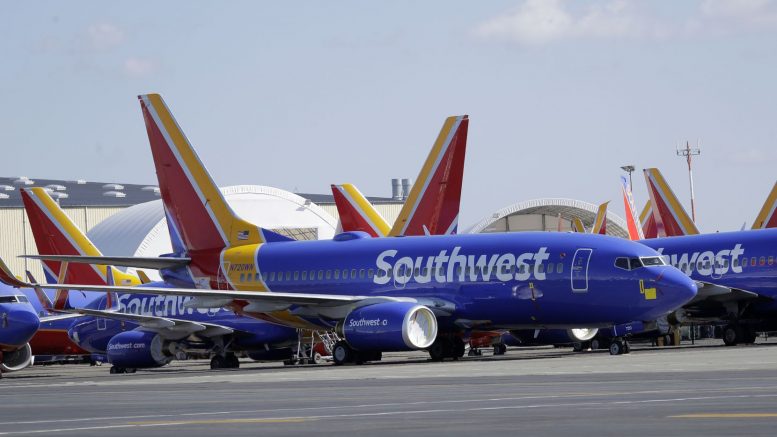 A woman and her child were escorted off a flight after her two-year-old son took off his face mask. 34-year-old Jodie Degyansky said she and her son were removed from the Southwest flight Saturday because her son removed the mask to eat a snack.

A flight attendant reportedly told the mother to put her son’s mask back on as part of the airline’s policy requiring passengers two years and older to wear face coverings to curb the spread of COVID-19. Despite the boy putting the mask back on, the flight still returned to the gate and the mother and child were escorted from the plane.

“I was asked to leave the plane, accompanied by the manager, supervisor, the flight attendants and the pilots,” she explained. “Definitely emotional and traumatic for him as we were leaving the plane.”

As we continue to prioritize the comfort and well-being of our Passengers, we have made an update to our face covering policy. Read more at https://t.co/IG2xpcQDx6. pic.twitter.com/LZfsnwJQEt

Degyansky said she ended up having to purchase a $600 ticket with another airline to fly home on the same day.

In a statement, Southwest Airlines said their mask policy is communicated clearly to all passengers. However, it will be issuing her a refund.

Connecticut Gov. Ned Lamont signed into law on Wednesday a bill that ends religious exemptions from mandatory school vaccinations in the state. Medical exemptions from immunizations remain in effect. “Serious illnesses that have been well-controlled […]

FILE – In this Thursday, March 18, 2021, file photo migrants who were caught trying to sneak into the United States and deported rest under a ramp that leads to the McAllen-Hidalgo International Bridge point […]