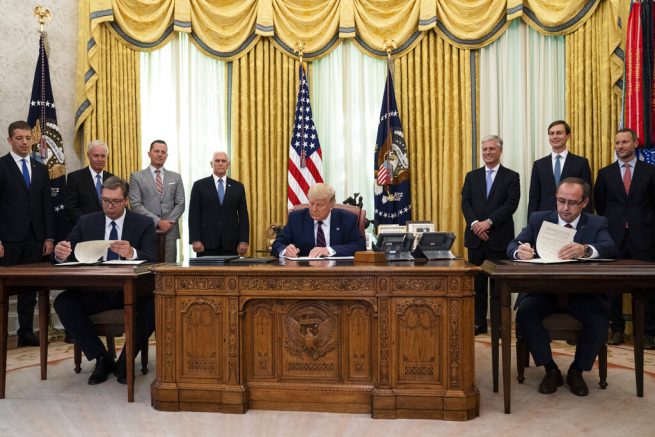 The Trump administration has successfully brokered another historic peace deal. On Friday, Serbian President Aleksandar Vučić and Kosovar Prime Minister Avdullah Hoti signed an agreement at the White House, which will establish their new economic relations.

“Another day everyone thought would be impossible! Congratulations to Aleksandar Vučić of Serbia and Prime Minister Avdullah Hoti of Kosovo on committing to economic normalization. This is a major step forward to bringing prosperity and peace to the Balkans and the world. I am proud to have assisted these leaders.” – Donald Trump, 45th President of the United States

Grenell, who has served as the special envoy for Serbia and Kosovo, has said this deal will put an end to decades of fighting. He has called the conflict a nightmare.

Serbia and Kosovo have been in an ongoing conflict since the breakup of Yugoslavia in 1989. The conflict even prompted Operation Allied Forces in 1999. The U.S. and NATO launched a bombing campaign on strategic positions in Serbia to end their president’s ethnic cleansing in Kosovo. 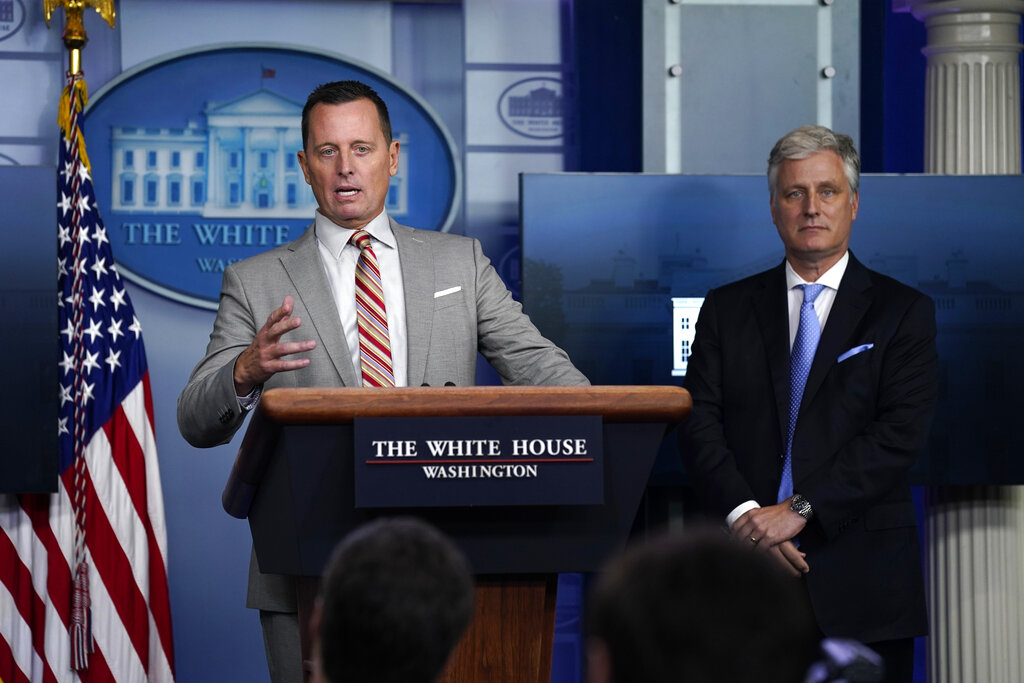 During a press briefing following the signing, Grenell discussed how President Trump has challenged the idea of using political dialogue in negotiating. He instead suggested negotiations begin with the discussion of economics.

“If we would have done the typical political thing, listened to all the really smart people at NGO’s and think tanks here in Washington, D.C., we would not have this agreement,” he added.

The politics between Serbia and Kosovo were stuck.

“What we’ve been able to accomplish here … is truly historic.” pic.twitter.com/EDDPaEbmd4

Kosovo, a near 96% Muslim state, also announced it will establish relations with the Jewish state of Israel. Officials are planning to begin this process by placing an embassy in Jerusalem.

Serbia, which has a majority Serbian orthodox Christian population, will also move its embassy in Israel from Tel Aviv to Jerusalem.

This announcement came just weeks after the White House announced the normalization of relations between Israel and the United Arab Emirates. These recent peace deals are part of the U.S. push to improve the relationships between Israel and Muslim states around the world.

The Biden administration said Tuesday it supports H.R. 51, the Washington, D.C. Admission Act, backing the congressional Democrats’ view of “no taxation without representation,” while Republicans see the legislation as an unconstitutional power grab to […]

British house builders are set to construct more detached and semi-detached homes, as the demand grows for properties with space to work from home, an industry body has said. The National House Building Council (NHBC), […]