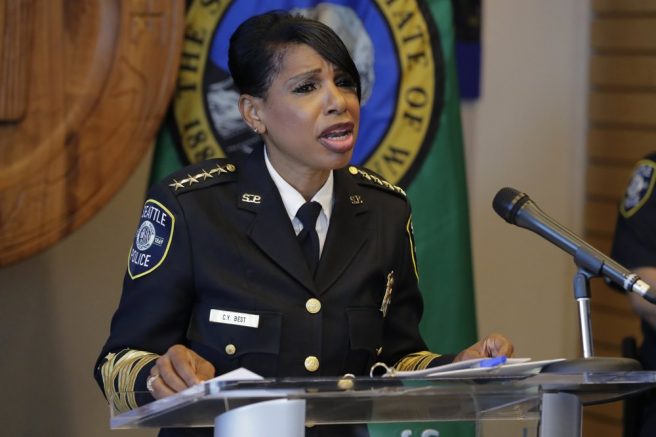 Last month, the council approved a proposal to cut the budget by $4 million and cut as many as 100 officers.

Best, who had been on the force for 28 years, questioned the move. She believed it would not provide for adequate public safety.

“People are paying attention now. They are laser focused on what is happening in public safety in this city. They are rising up and trying to make sure to hold the City Council accountable for the decisions that they’re making. The discussion, as you know, has increased and intensified. It was really important. There may be a possibility that they may not have to lay off as many people here.” – Carmen Best, former Police Chief of the Seattle Police Department

Police officers lined the streets to bid her farewell. She will be replaced by Deputy Chief Adrian Diaz, who will serve as interim police chief.

The University of California–Irvine (UCI) has begun instituting back-to-campus plans for employees and students. The transition to in-person classes will be managed in phases, with the first transition to start July 1, the university said. It plans […]

Dr. Rochelle Walensky, director of the Centers for Disease Control and Prevention (CDC), said in interviews Wednesday that she looks forward to updating the agency’s guidance on COVID-19-related public health measures following criticism that the […]

An American flag waves below the U.S. Capitol dome on Capitol Hill in Washington, Thursday, June 9, 2022. The House committee investigating the Jan. 6 insurrection at the U.S. Capitol will hold the first in […]