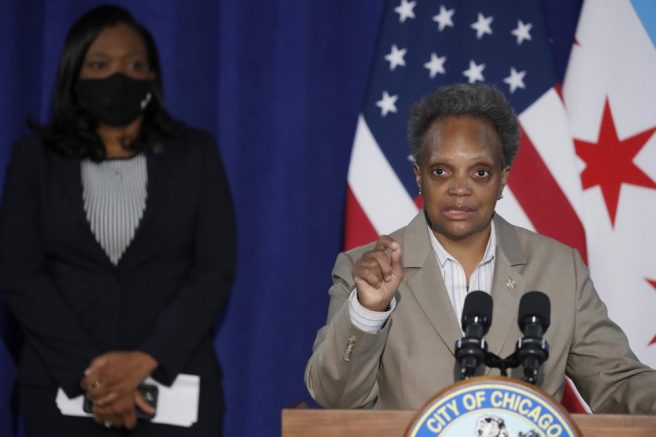 Five people are dead and 14 were injured, including two police officers, following at least a dozen weekend shootings in Chicago. Early Sunday morning, police officers responded to one of those shootings following reports of an armed man on the West Side.

When officers arrived, the gunman opened fire, hitting two officers before a third arrived. The suspect was then shot and wounded.

Both officers are expected to recover. The suspect is in critical, but stable condition.

“This was another instance where our brave officers took someone off the street, who had a very dangerous weapon and could have been wreaking havoc in a neighborhood,” stated Mayor Lori Lightfoot. “So that neighborhood, our neighborhood, is safer because of the heroic work of these two officers.”

I visited with the officers at the hospital where they are being treated, and I ask all of Chicago to join me in keeping them and their families in our prayers.

Police are still investigating the other shootings.

The Heritage Foundation on Tuesday pledged to refuse funds from Big Tech companies “as long as they continue to suppress conservative viewpoints.” The announcement comes weeks after the conservative think tank declined donations from Google […]

Why California Needs to Revolutionize Its Mental Health System

California’s National Alliance on Mental Health reported one in five adults experience a mental illness each year. My guest today is Richard Afable. He is a medical doctor and president of Be Well OC. Today […]