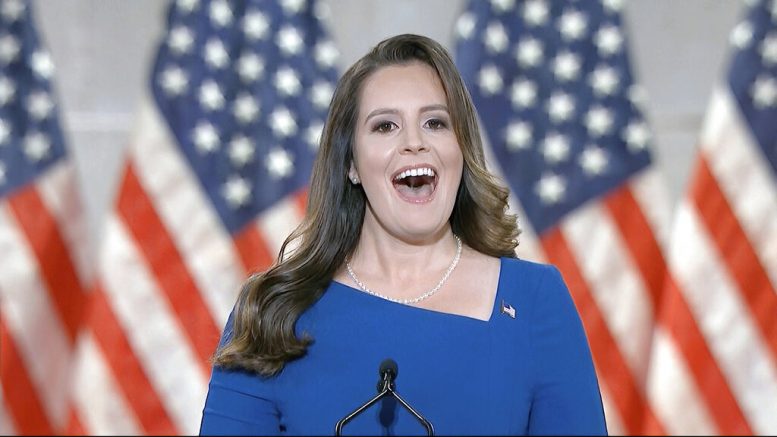 On Wednesday evening, Stefanik pointed out the left has been rooting for President Trump to fail since day one.S he went on to say the president has fought tirelessly to deliver results for the American people even in the face of attacks from Democrats.

The representative from New York said despite these efforts Americans from all walks of life see through fraudulent attempts to remove the president from office.

“Americans from all walks of life are unified in support of our President. It’s why more Republican women than ever are running for office this year.”—@EliseStefanik#RNC2020 pic.twitter.com/XiXfXAIv3S

Stefanik then took aim at Joe Biden by saying he wants Americans to go back into lockdown and slam them with trillions of dollars in taxes. She concluded by saying the election is critical, while urging Americans to reelect President Trump.

GOP senators demand NDAA be brought to the floor

President Donald Trump listens during a ceremony to present the Presidential Medal of Freedom to former football coach Lou Holtz, in the Oval Office of the White House, Thursday, Dec. 3, 2020, in Washington. (AP […]