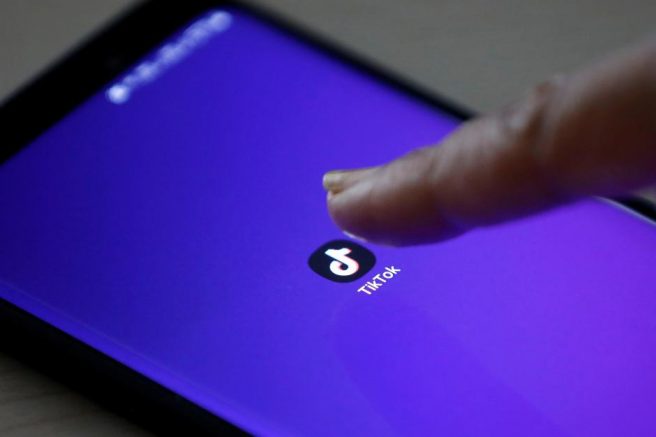 FILE – The logo of TikTok application is seen on a mobile phone screen in this picture illustration taken February 21, 2019. (REUTERS Photo/Danish Siddiqui/Illustration)

President Trump recently weighed-in on yet another company looking to take over TikTok‘s U.S. operations. While speaking with reporters in Arizona Tuesday, he said Oracle is a company to watch in the bid for the popular social media app.

In an effort to take control, the tech firm has reportedly teamed up with a few smaller investors who already hold some stake in Bytedance, which is the Chinese company that owns TikTok.

The president voiced his approval for Oracle as well as its owner Larry Ellison who has been an active supporter of President Trump’s reelection campaign.

“Well, I think Oracle is a great company and I think its owner is a tremendous guy, tremendous person,” stated the president. “I think that Oracle would be certainly somebody that could handle it.”

And to our TikTok family, your support means the world to us. pic.twitter.com/0PaJvSMOBN

President Trump went on to say Oracle has a good chance of coming out on top, but whoever does will have to compensate the U.S. Treasury for making the deal possible.

By Faith E. PinhoFrom Los Angeles Times LOS ANGELES—Authorities have identified the suspects’ vehicle involved in a road rage incident on the 55 Freeway in Orange last week in which a 6-year-old boy was fatally […]

OAN NewsroomUPDATED 11:35 AM PT – Monday, April 11, 2022 For the first time, a defendant who entered the U.S. Capitol on January 6 is acquitted of the charges against him. One America’s Sam Valk […]