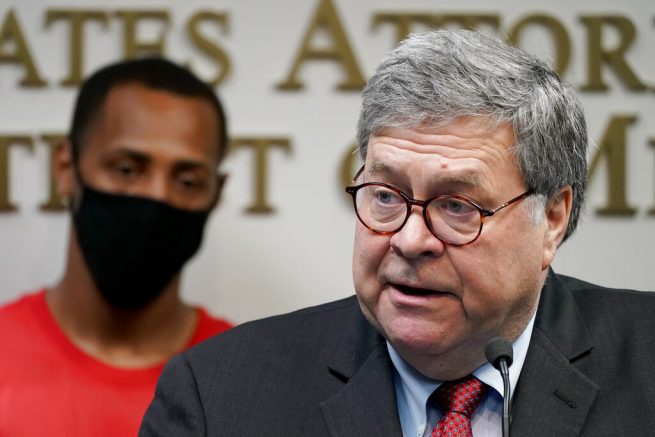 According to the nation’s top cop, more than 200 suspects have been charged with federal crimes and more than 1,000 arrests have been made since the Justice Department launched Operation Legend. Attorney General William Barr made the announcement during a press briefing in Kansas City.

The initiative was launched in July in response to nationwide riots, calls to defund police and a surge in violent crimes in major U.S. cities.

“Its mission is to save lives, solve crimes and take violent offenders off the streets before they can claim more victims,” stated Barr. “Rather than demonizing and defunding our police, we are supporting and strengthening our law enforcement partners at the state and local level.”

Operation Legend was named in honor of 4-year-old Legend Taliferro, who was shot and killed while he slept on June 29th in Kansas City.

His suspected killer, 22-year-old Ryson Ellis, is currently behind bars and is facing second-degree murder charges.