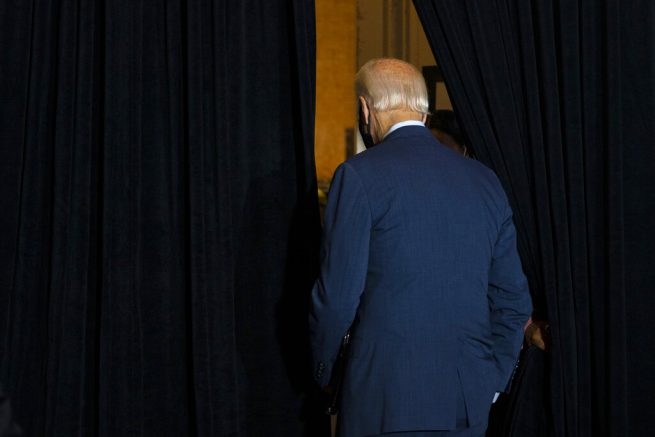 The former vice president has refused to take a single question in the past three days following his announcement of Sen. Kamala Harris (D-Calif.) as his running mate.

President Trump claimed reporters covering Biden have “zero drive” and questioned why the reporters who travel with him can’t behave like that.

The president also shared a video of the Democrat’s campaign staff stopping the press from asking questions at a recent event.

Very strange. Sleepy Joe never takes questions. Also, his reporters have zero drive. Why can’t my reporters behave like that? Something is going on! https://t.co/SQAq0KVUqw

Biden has notably been called out by reporters themselves for not taking questions, including journalists from mainstream outlets like CNN and The New York Times. 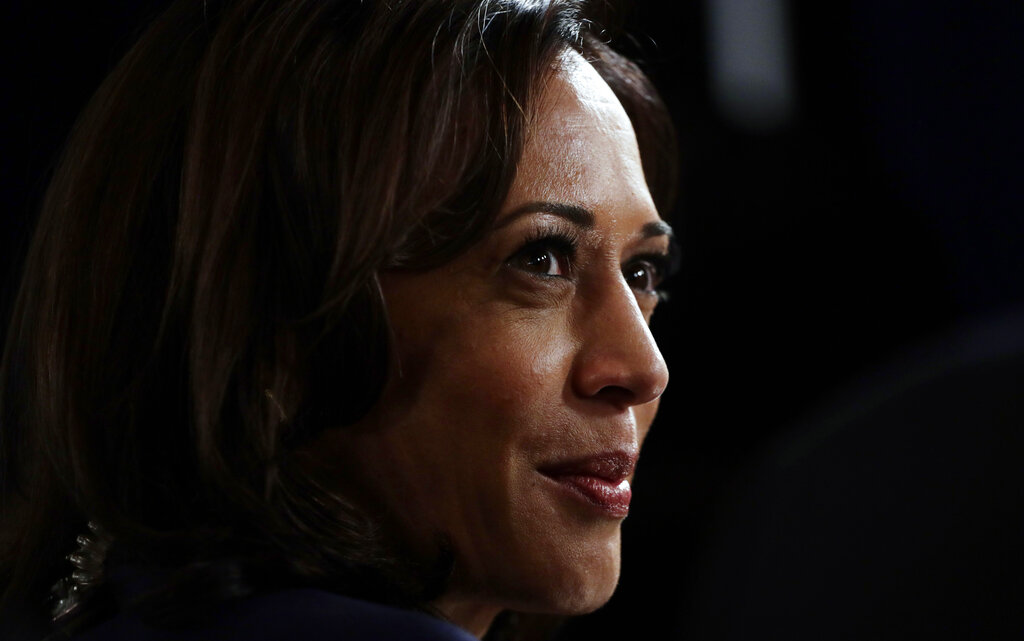 FILE – In this Sept. 12, 2019, file photo Sen. Kamala Harris, D-Calif., talks to the media in the spin room following the Democratic presidential primary debate hosted by ABC on the campus of Texas Southern University in Houston. (AP Photo/Eric Gay, File)

The president commented on Biden’s pick for vice president on Friday after a reporter questioned him on the matter. President Trump expressed he has no issue at all running against a strong woman of color.

He also shot down allegations that he has been blunt when speaking about her. He added he’s just been honest.

“No, I haven’t been blunt. I said she treated Joe Biden worse than anybody else. I watched those debates. They were very boring, but they were debates nevertheless. …She treated Biden worse than anybody else by far. There was nobody, including Pocahontas, nobody treated Biden so badly as Kamala.” – Donald Trump, 45th President of the United States

“She was very, very nasty to…Joe Biden. She was very disrespectful to Joe Biden.” pic.twitter.com/ZoTRMdBLft

In a separate press briefing, the president was asked if he had heard rumors that Harris could be ineligible to serve as vice president because her parents were born outside the U.S.

However, he has stated he has no idea if that information is true.

SAVANNAH, GA – DECEMBER 15: A nurse shows off a vial of the Pfizer-BioNTech COVID-19 vaccine outside of the Chatham County Health Department on December 15, 2020 in Savannah, Georgia. (Photo by Sean Rayford/Getty Images) […]

TAIPEI, Taiwan—Chloé Zhao’s history-making Oscars sweep, winning best director and best picture, is being met with a muted response in her country of birth, and even censorship. Zhao’s “Nomadland” is the second film directed by […]

PORTLAND, OR – APRIL 17: Portland Police and fire crews respond to a structure fire, set by protesters following the police shooting of a homeless man on April 17, 2021 in Portland, Oregon. (Photo by […]