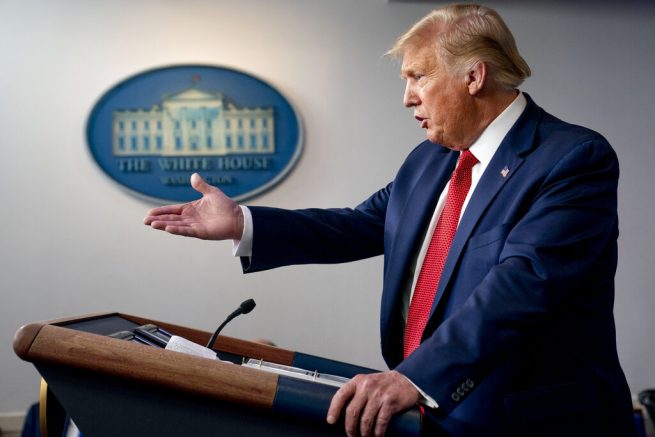 President Donald Trump speaks at a news conference in the James Brady Press Briefing Room at the White House, Monday, Aug. 10, 2020, in Washington. Trump briefly left because of a security incident outside the fence of the White House. (AP Photo/Andrew Harnik)

“I’ll tell you who’s meddling in our election, the Democrats are meddling,” said President Trump. “By wanting and insisting on sending mail-in ballots where there’s corruption all over the place.”

He and the Democrat Party have clashed on the issue of mail-in voting for several months now amid growing concerns about the impact the coronavirus pandemic will have on the election. President Trump, in the past, has also accused the Democrats of trying to steal the election by trying to relax voting regulations.

“Who would want a bill banning signature verification? What’s that all about?” he asked. “You know what it’s about? Fraud.”

The Republican National Committee has challenged the implementation of lax voting requirements by requesting the intervention of the U.S. Supreme Court.

Another key concern for the president’s campaign is the time frame of the presidential debates. The debates are set to start in late September, though some states such as North Carolina will begin sending out ballots earlier.

People close to the president, including Trump Organization executive Eric Trump, have argued the scheduling of the debates could benefit Joe Biden who he said is afraid and unprepared to debate the president.

“They’re messenger is Sleepy Joe, he doesn’t know its his message,” said President Trump. “He has no idea what the message is, but he’s going to do whatever they tell him to do, you know it, because he’s not all there.” 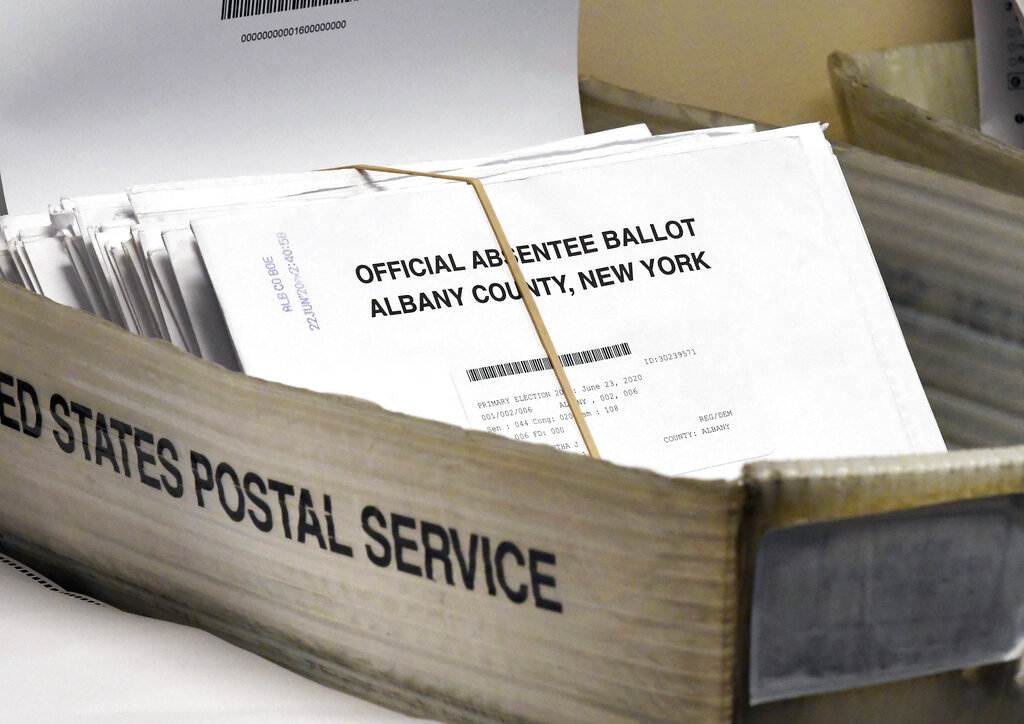 FILE – In this June 30, 2020, file photo, a box of absentee ballots wait to be counted at the Albany County Board of Elections in Albany, N.Y. Never before in U.S. history will so many people exercise the right on which their democracy hinges by marking a ballot at home and entrusting several layers of mostly unseen intermediaries to ensure their votes get accurately counted. (AP Photo/Hans Pennink)

It’s still unclear as to what lasting effects, if any, the pandemic will have on the presidential election.

Gov. Cuomo: Sending coronavirus patients to nursing homes was based on federal guidance

In this April 24, 2020 photo provided by the Office of Governor Andrew M. Cuomo, Gov. Cuomo addresses the media while holding an N-95 mask during his daily press briefing on COVID-19, coronavirus, at the […]