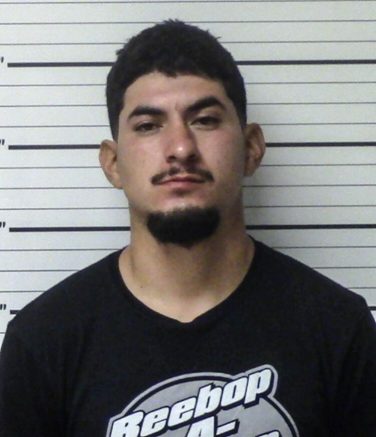 Navejas Ivan Robles, 28, is pictured in this mug shot. (Photo/handout/Police/ICE)

The man accused of killing three members of a law enforcement motorcycle club and injuring several others in Texas was in the country illegally.

“A guy who shouldn’t even have been in this country was drunk by noon on a Saturday and veered over the center line and killed three of the best men I have ever met,” said David Weed, spokesman for Thin Blue Line Law Enforcement Motorcycle Club.

Police records also show he was arrested in 2018 for allegedly hitting someone with a truck and biting off part of the victim’s ear. He was out on bond for that case when he allegedly was driving drunk over the weekend.

Records also show Navejas was arrested on a DWI charge in 2016. He was also a recipient of the DACA program and had permanent resident status, which expired last year.

“Tell me how he’s driving drunk after those kinds of incidents in 2020 and not sitting in a jail somewhere or at least deported out of our country,” Weed continued.

Olympics-Japan Extends COVID-19 State of Emergency Ahead of Games

Dems use slim majority to push $1.9T bill through Senate