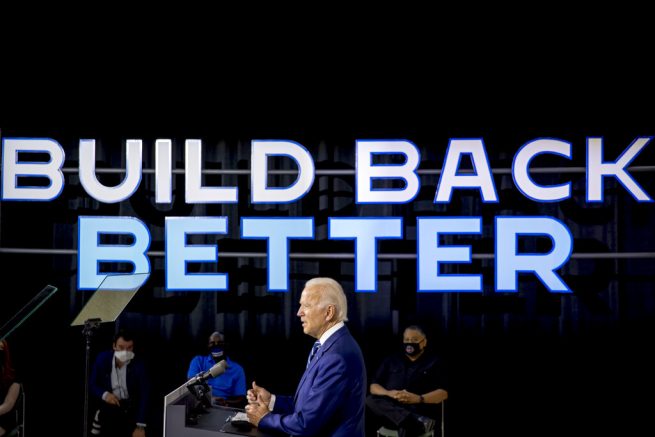 Joe Biden recently announced he is considering four black women for his running mate in the upcoming election. In an interview this week, the former vice president said he will not disclose the names of the four women other than the ones he has named in the past.

He will now review a two hour vetting report for each candidate with his team and narrow down the list.

Biden confirmed he will then have personal conversations with the remaining candidates and make his decision.

“That decision is underway right now,” said the presumptive Democrat nominee. “By the way, black women have supported me my entire career, you all act like somehow there’s an epiphany in South Carolina.”

OAN NewsroomUPDATED 8:00 AM PT – Friday, September 9, 2022 National Right to Work Foundation President Mark Mix says that Joe Biden is preparing to use executive action to push provisions in the Protecting the […]

In this photo provided by the U.S. Army, Afghan children take a piece of chalk at a children’s activity event held by non-governmental charities at Fort McCoy in Wisconsin. (Spc. Rhianna Ballenger/U.S. Army […]