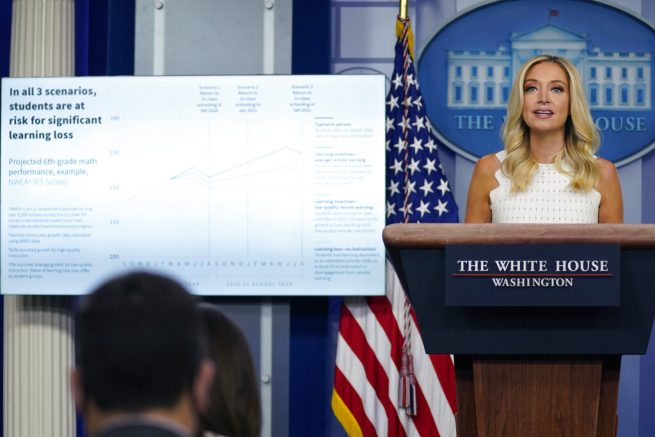 The Trump administration has doubled down on their argument that all students should return to school in the fall. During a briefing Thursday, White House Press Secretary Kayleigh McEnany reaffirmed the latest data backs the president’s decision.

“President Trump continues to fight for equal opportunity in our schools by boldly and firmly underscoring the absolute necessity of America’s schools to reopen this fall,” she said.

According to McEnany, nearly 70,000 pediatricians from the American Academy of Pediatrics have insisted that schools reopen. Additionally, she cited the number of child abuse cases that go unnoticed when children are forced to learn at home.

“In Massachusetts alone, reports of alleged child abuse dropped almost 55%, because when kids are not in school, a lot of times we don’t catch that abuse,” explained the secretary. “The costs are too high to keep schools shut down, they can safely reopen.” 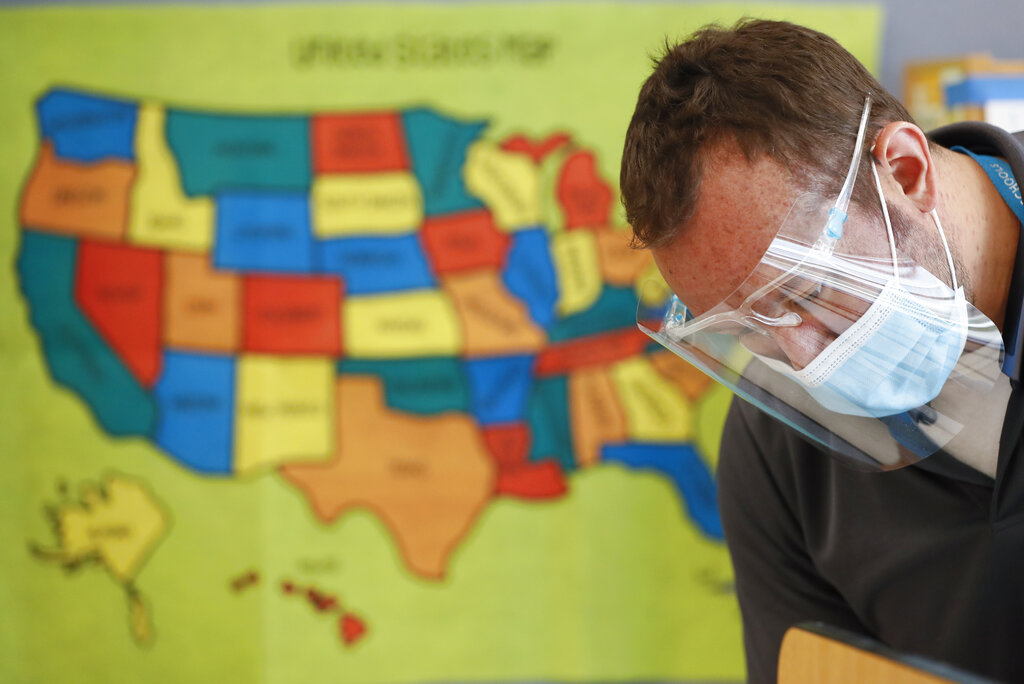 This came after President Trump warned federal funding may be withheld from schools that refuse to reopen.

The president reiterated the need to reopen schools on Twitter. He pointed out countries like Germany and Denmark reopened their schools and have reported no more COVID-19 cases than the rest of the world.

In Germany, Denmark, Norway, Sweden and many other countries, SCHOOLS ARE OPEN WITH NO PROBLEMS. The Dems think it would be bad for them politically if U.S. schools open before the November Election, but is important for the children & families. May cut off funding if not open!

McEnany also told the press a majority of the hospitals that have reached capacity were full due to elective surgeries, not because of a surge in coronavirus cases.

“I would note with hospitalizations, I spoke with Dr. Birx this morning, about 10 to 40% in the hospitals reaching high capacity are COVID,” she added. “So, a lot of hospitalizations aren’t pertaining to COVID.”

CDC officials have stated they will not revisit their reopening guidelines, but added they may provide supplementary information in the future.

MORE NEWS: Gov. Newsom Disregards Trump Admin. Move To Withhold Funding From Schools That Do Not Reopen In The Fall

GOP lawmakers speak out in support of trucker convoy

OAN NewsroomUPDATED 7:43 AM PT – Wednesday, March 9, 2022 House Republicans are speaking out in support of the protest against COVID mandates being mounted by the truckers’ People’s Convoy, which has recently been circling […]