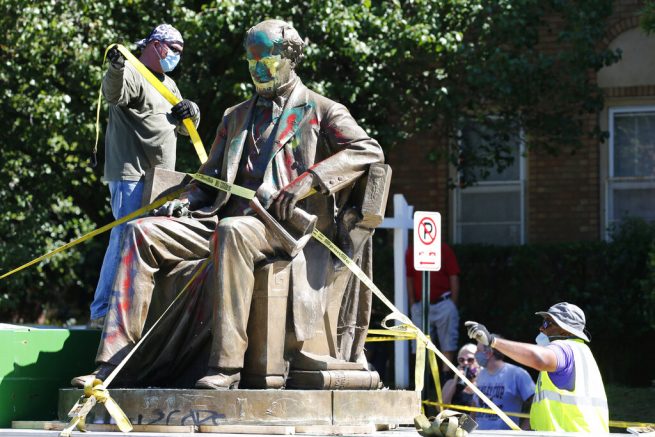 Workers secure the statue of Confederate Naval officer Matthew Fontaine Maury to a truck on Monument Avenue, Thursday, July 2, 2020, in Richmond, Va. Maury was better known for his work in oceanography and other sciences before the Civil War. His statue is the second removed since a new state law was enacted on July first. (AP Photo/Steve Helber)

Democrat Sen. Tammy Duckworth, one of Joe Biden’s potential running mates, recently avoided discussing the removal of historical monuments. In an interview Sunday, the senator said while she’s willing to hear from those who want to remove the statues, she has other priorities.

The removal of statues and monuments honoring America’s founding fathers has been at the forefront of political discussion in recent weeks. Many voters on the left have reportedly made this a priority and several Democrat candidates have voiced support of this cause.

However, Duckworth said she would rather focus on the ongoing coronavirus pandemic.

“I’m more worried about the 130,000 who have lost their lives recently, and the thousands and thousands more Americans that are currently sick then I am about our historical past,” she stated. 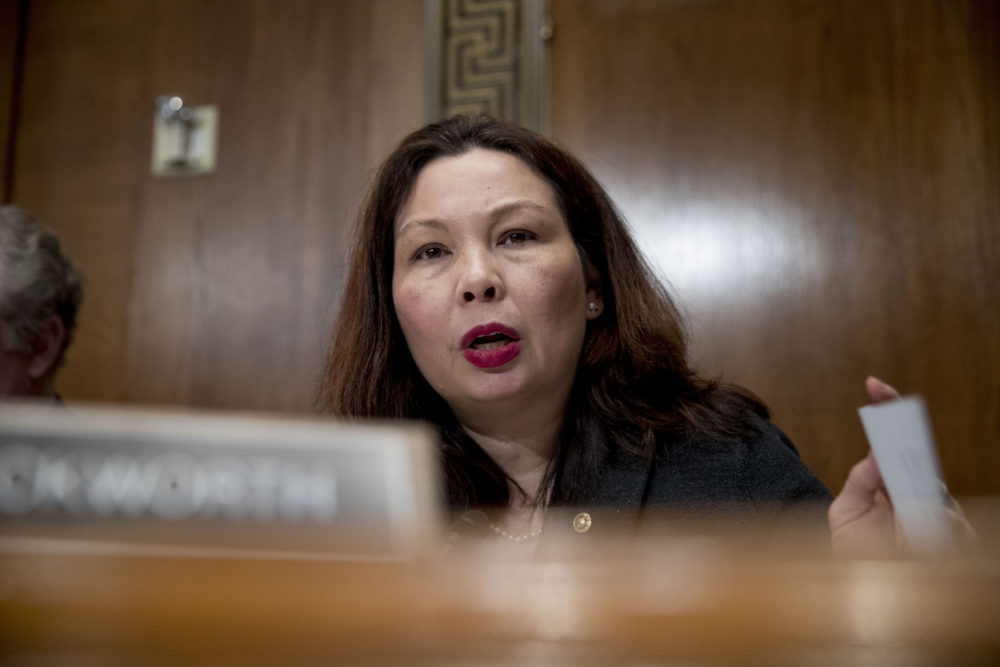 Sen. Tammy Duckworth, D-Ill., questions Andrew Wheeler as he testifies at a Senate Environment and Public Works Committee hearing to be the administrator of the Environmental Protection Agency, on Capitol Hill in Washington, Wednesday, Jan. 16, 2019. (AP Photo/Andrew Harnik)

In the interview, Duckworth also made false claims about President Trump’s Fourth of July speech in which she said he defended Confederate soldiers.

However, the president did not even mention the confederacy. He actually honored the memory of George Washington who Duckworth suggested needed to be looked at for removal.

RELATED: Historic Columbus statue in Baltimore torn down by protesters

Rep. Biggs discusses importance of pushing back against censorship