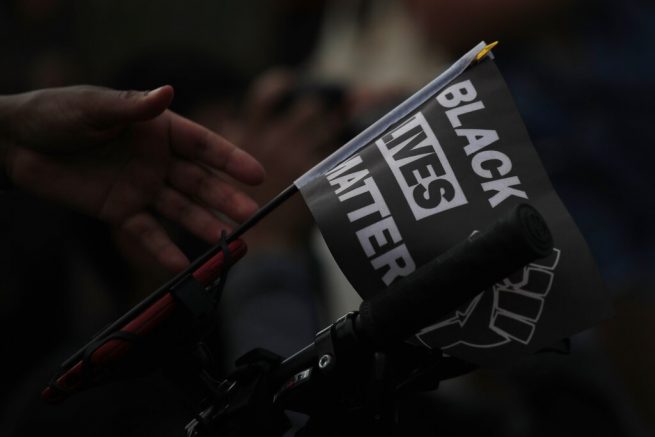 A protester holds a flag outside the White House on a section of 16th Street that has been renamed Black Lives Matter Plaza, Saturday, July 4, 2020, in Washington. (AP Photo/Maya Alleruzzo)

Demonstrators took to the streets in Washington, D.C. to protest racial injustice on the Fourth of July. Following the president’s “Salute to America” speech, several demonstrators gathered for a Black Lives Matter protest, where they spoke out against Independence Day and called for a revolution.

Activists protesting in Lafayette Square shouted the names of George Floyd and Breonna Taylor, who both recently died after encounters with the police.

“It’s going to take time. It’s a generational change, you know. I mean, there’s people teaching their kids what’s right and what’s wrong. Then, over time, we will see a gradual change. For instant change, I don’t know the answer to that question time.” – Stefan, protester

Some have also expressed they had no reason to participate in the celebration of America’s freedom.

“I mean, I don’t really see much to celebrate in America right now,” said another demonstrator. “I’m not seeing what I believe this country stands for these past few years, it’s repeated over and over again with this administration.” 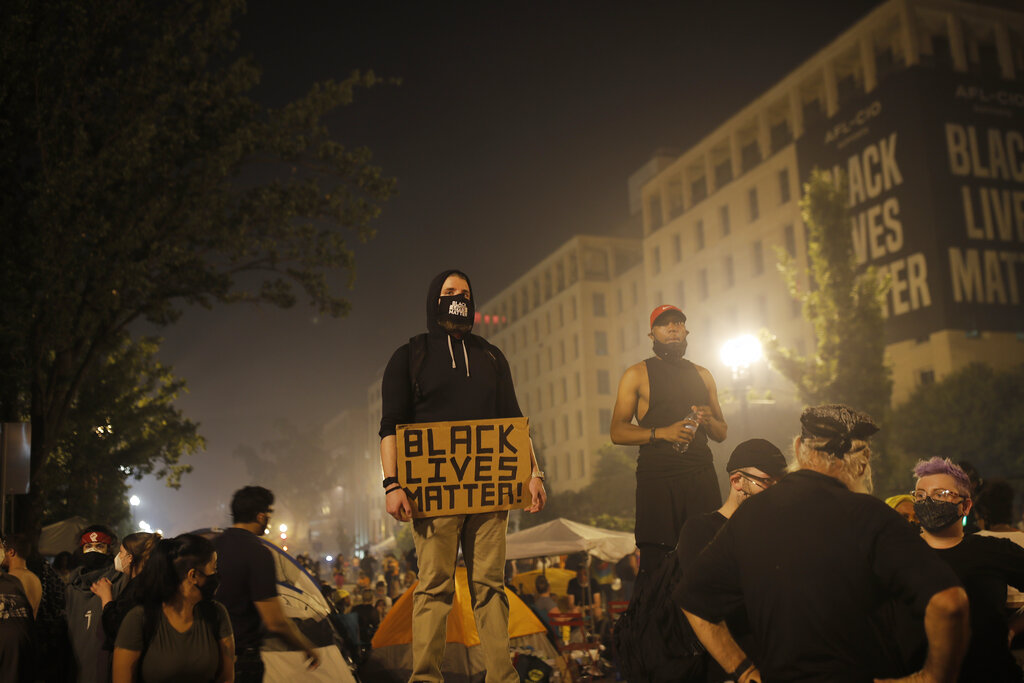 A protester stands atop a cement barrier near the White House as it hosts an Independence Day celebration on a section of 16th Street that’s been renamed Black Lives Matter Plaza, Saturday, July 4, 2020, in Washington.(AP Photo/Maya Alleruzzo)

Members of the Revolutionary Communist Party reportedly led a flag burning in the nation’s capital. Some people could be seen trying to stop the group from igniting American flags, but opponents were quickly shut down by supporters.

After arguments with protesters who disagreed with their action, RevCom have managed to get a larger flag burning outside the gated Lafayette Square to chants of “slavery, genocide and war—America was never great.” Within seconds, it’s reduced to ash. pic.twitter.com/r7VItDanpw

Leaders of the event called on protesters to overthrow the system and establish a communist government.

“We need a revolution in order to overthrow this system, bring a whole new communist world into being that can actually ensure the rights of black and brown people,” stated protester Jamal Chapel.

Demonstrators then laid out a larger flag on the street and set it on fire while chanting “America was never great.” Attendees dispersed after the event and later gathered near the National Mall to demonstrate against police brutality. 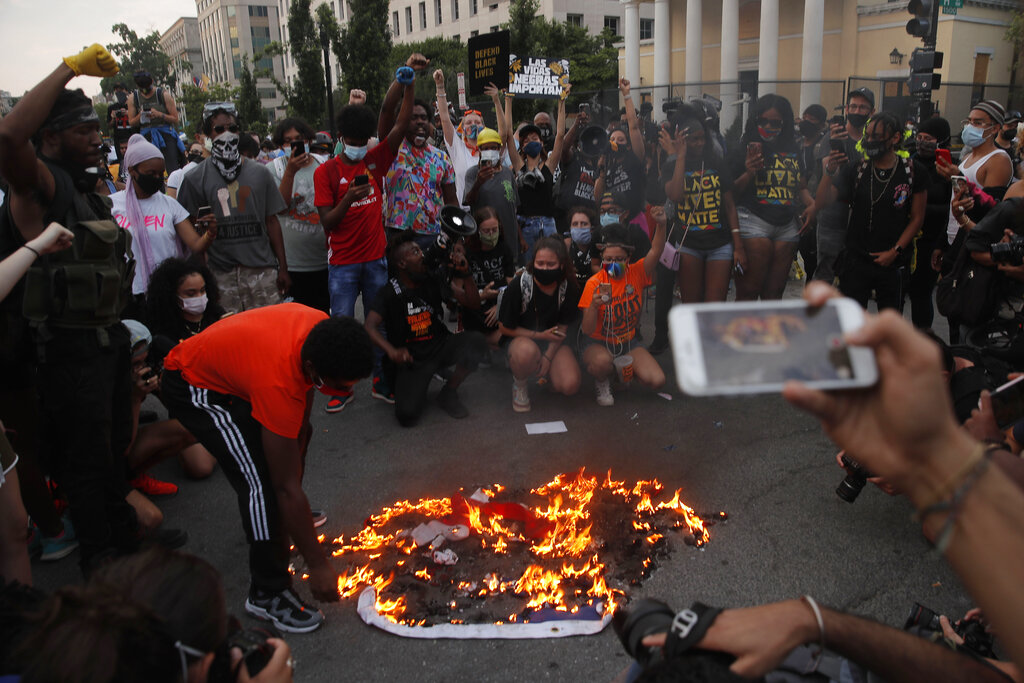 Protesters and journalists gather around a United States flag as it burns outside the White House on a section of 16th Street that has been renamed Black Lives Matter Plaza, Saturday, July 4, 2020, in Washington.(AP Photo/Maya Alleruzzo)

According to reports, there was a large police presence following the “Salute to America” celebration. Officers followed both Black Lives Matter protesters and supporters of the president through the streets to ensure a night of law and order.

Although no altercations took place following the event, there were reports of the two groups clashing beforehand.

Park Police came in to separate the two sides from getting into further fights. This lead to protesters to scream at police and Trump supporters, with the Trump supporters screaming back at them: pic.twitter.com/rBnWZFpRzw

Rep. Adam Schiff, D-Calif., a member of the House select committee investigating the Jan. 6 attack on the U.S. Capitol, speaks with members of the press after a hearing at the Capitol in Washington, Tuesday, […]

Lockdowns during the COVID-19 pandemic have given City of London firms a final push towards hybrid working after a ‘long term shift’ in favour of the flexible model, experts say. Boris Johnson is poised to move […]