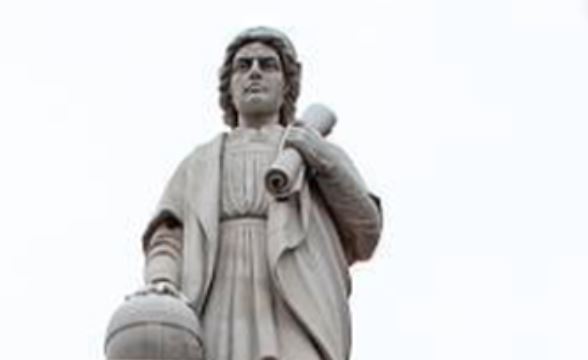 Around 300 protesters in Maryland tore down a statue of Christopher Columbus during Fourth of July celebrations this weekend. The historic landmark came down Saturday evening.

Video footage showed participants pulling the statue off its pedestal and dragging it into the nearby harbor.

Republican @GovLarryHogan has given mobs immunity to tear apart his state on the 4th of July apparently. Such a disgrace pic.twitter.com/Zwt480u68x

The statue has stood in the Little Italy district of Baltimore for more than 30 years and is the latest symbol of the nation’s colonization to be targeted during protests.

The governor of Maryland has condemned the illegal removal of the statue. On Twitter, Larry Hogan said “lawlessness, vandalism and the destruction of public property is completely unacceptable.”

“That is the antithesis of democracy and should be condemned by everyone, regardless of their politics,” he added.

According to Hogan, peaceful protests and constructive discussion on monuments are welcome. However, he’s encouraged people to go through the legal process for removal instead engaging in illegal activity.

The governor called on the city’s leaders to regain control of their streets.

Today I issued the following statement on events in Baltimore City. City leaders need to regain control of their own streets and immediately start making them safer. pic.twitter.com/lnCAxjKvAG