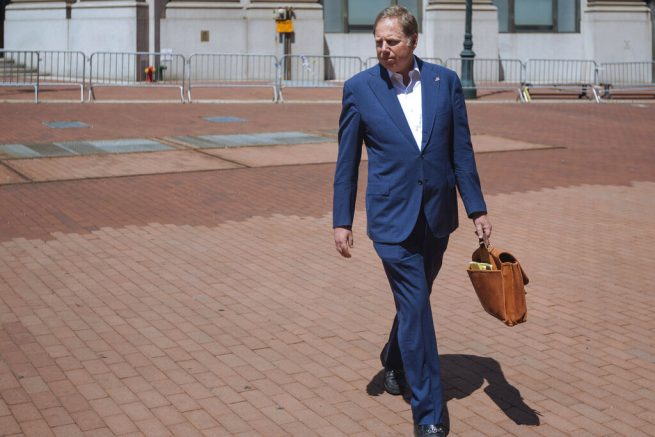 Former U.S. attorney Geoffrey Berman is expected to testify before the House next week. According to new reports, Berman will meet with lawmakers behind closed doors on July 9th.

This comes as part of the ongoing House investigation into Attorney General William Barr. House Democrats have called for his impeachment since he dismissed Berman from his position last month.

Some speculated that Barr’s decision was correlated with the attorney’s probes into the president’s allies.

The White House has denied these allegations. Officials reiterated Berman was only removed to make his spot available to the president’s appointee.

“The administration has very clearly outlined the reason that he is leaving, and it is because Mr. Clayton will be moved into that role,” stated Press Secretary Kayleigh McEnany.

The attorney general is also expected to testify on July 28th.

A group of American conservatives established a national grassroot organization, Parents Defending Education, to fight left-wing indoctrination in the classroom. Neily, a civil rights advocate, and Asra Nomani, a former reporter for The Wall Street […]