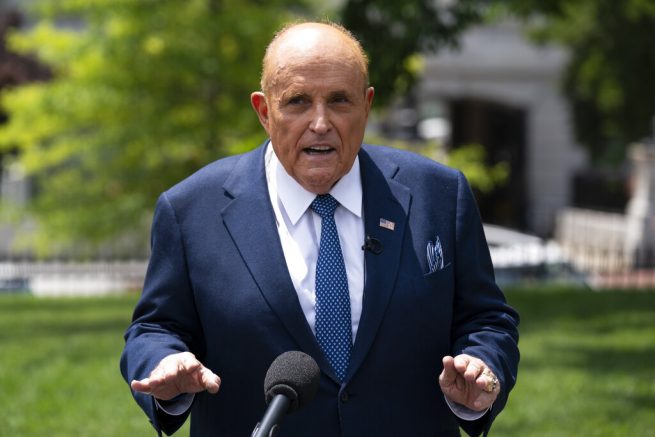 While talking to reporters Wednesday, the president’s personal attorney said intelligence reports behind Russia’s alleged payments to Taliban were classified information. He added that releasing them to the broader public may undermine America’s national security.

“That was actionable intelligence, that was raw, disputed, unresolved,” he stated. “I can’t think of a worse crime…it’s not quite treason, but its close and what he revealed is something that is in dispute.”

The Russia Bounty story is just another made up by Fake News tale that is told only to damage me and the Republican Party. The secret source probably does not even exist, just like the story itself. If the discredited @nytimes has a source, reveal it. Just another HOAX!

LONDON—David Cameron, the former British Prime Minister, said on Thursday he was not motivated by his own financial interest when he lobbied the government on behalf of the now-collapsed supply chain finance firm Greensill Capital. […]

Rep. Jordan: Biden’s DHS, DOJ must explain if they did anything to curb far-left Antifa terror in Portland