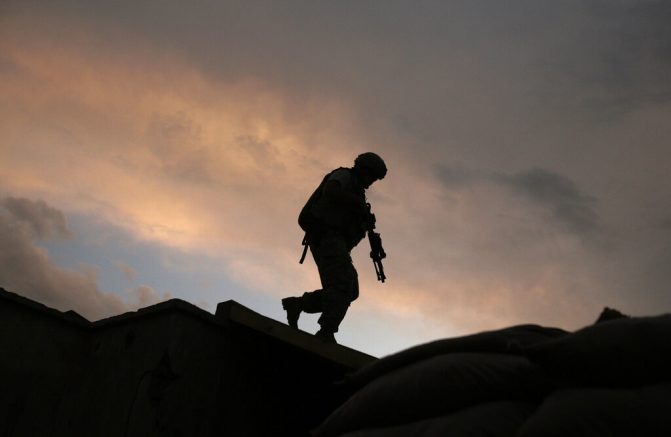 FILE – In this Sept. 18, 2009, file, photo, a soldier from the U.S. Army’s 118th Military Police Co., based at Fort Bragg, N.C., respond to shots fired at a combat outpost in the Jalrez Valley in Afghanistan’s Wardak Province. (AP Photo/Maya Alleruzzo, File)

Top congressional leaders have been briefed on intelligence that Russia allegedly offered bounties to kill American troops in Afghanistan. The director of National Intelligence, along with the heads of the CIA and NSA, met with the Gang of Eight on Thursday.

Questions have mounted in recent days over whether the allegations are true and if President Trump was aware of them. According to the White House, the president was not briefed before this week.

Officials have claimed there was no evidence to back up the allegations.

The House and Senate Intel committees have also been briefed on the matter.

The Bomber Mafia and the Efficacy of Air Power

Commentary At its core, war is a contest of wills, and one side wins by imposing its will on the enemy. That was the case in ancient times and remains true today. Throughout history, the […]