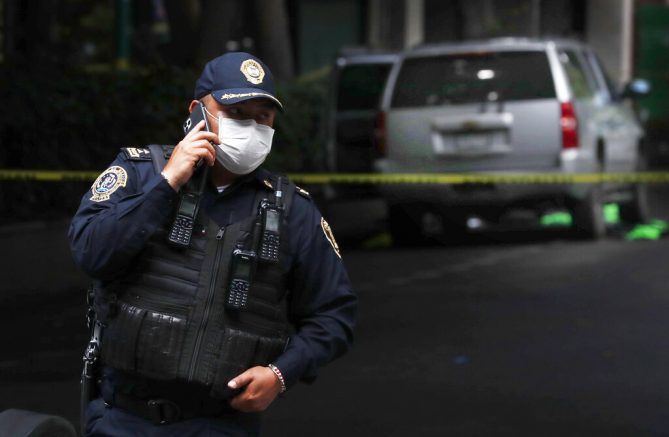 Two dozen people were killed in a mass shooting at a drug rehabilitation center in central Mexico. The attack occurred on Wednesday in Irapuato.

24 people have died and at least seven others were said to be injured. A similar incident took place in the city last month, when a total of 10 men were killed.

It’s unclear if the same rehab center was targeted in both incidents.

The motive in Wednesday’s shooting is still unknown. Recent reports detailed a rise in gang violence in the city.

One America News will continue to follow this story and bring you more information as it comes into our newsroom.

Several killed in Queens after apartments flood due to Hurricane Ida

A car sits on a flooded garage of a house following a night of heavy wind and rain from the remnants of Hurricane Ida in Mamaroneck, New York. (Photo by KENA BETANCUR/AFP via Getty Images) […]

People hold up signs during a demonstration against Bill 21 in Montreal, Sunday, October 6, 2019. The controversial Quebec secularism law bans some public-sector employees from wearing religious symbols in the workplace. (THE CANADIAN PRESS/Graham […]

A biomedical professor has been sentenced to 37 months in prison for carrying out a scheme to use millions of dollars in federal grant money to advance research in China, according to the Justice Department. […]