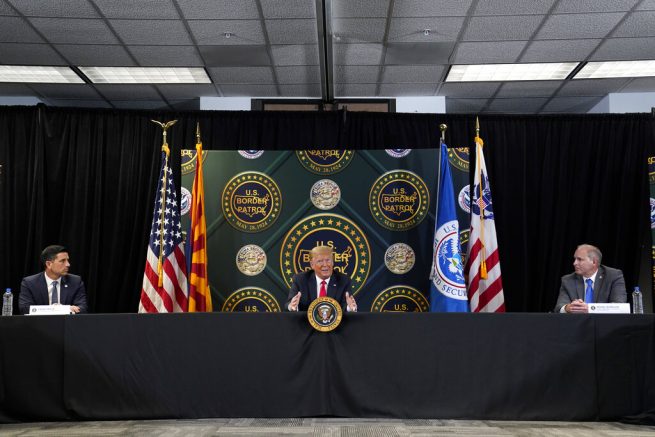 President Trump made a trip to Arizona to tour the ongoing construction of the southern border wall. He traveled to Yuma on Tuesday to commemorate the 200th mile of wall constructed at the U.S.-Mexico border.

The president described the new section as being “fool proof” and even took a moment to sign a portion of the recently built barrier.

“It is the most powerful and comprehensive border wall structure anywhere in the world,” he stated. “It’s got technology that nobody would even believe, between sensors and cameras and everything else.”

His visit comes as the White House is hoping to have more than 400 miles of wall built before the November election. 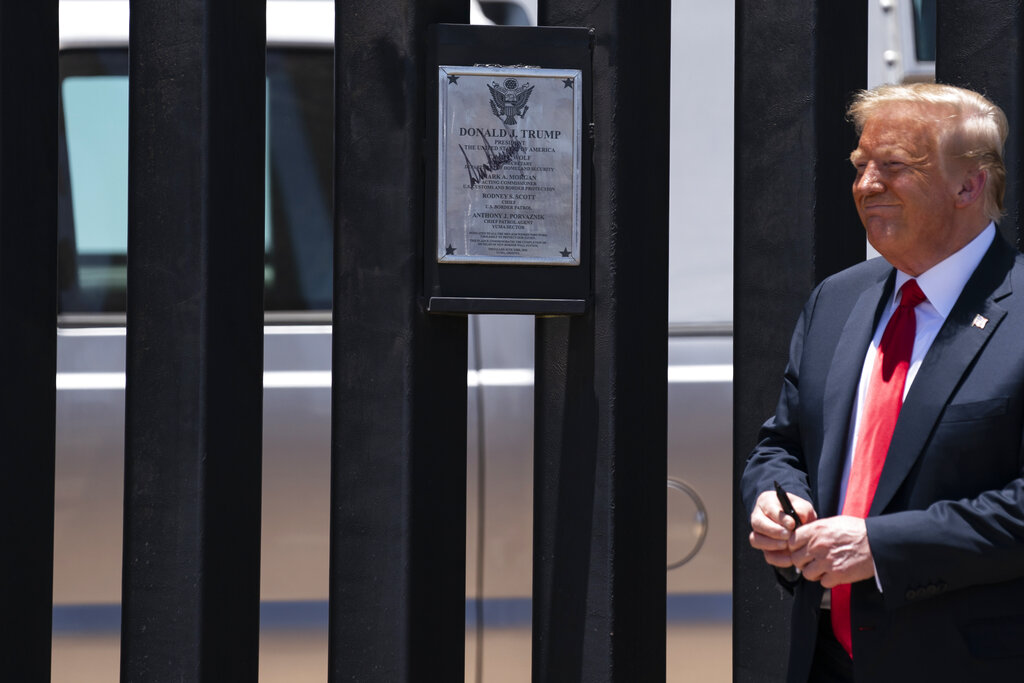 The president also highlighted the administration’s success in combating illegal immigration, which he said has dropped significantly over the past year.

“During the past two months we’ve seen the lowest number of illegal border crossings in many years,” said the president. “Illegal immigration is down 84 percent from this time last year.”

Meanwhile, he spoke on continued efforts to contain the spread of coronavirus and discussed how the border wall has been a major advantage in the fight against the pandemic.

TOPSHOT – US President Donald Trump looks on after delivering an update on “Operation Warp Speed” in the Rose Garden of the White House in Washington, DC on November 13, 2020. (Photo by MANDEL NGAN […]

Sen. Manchin: Democrats turned their back on W.Va.