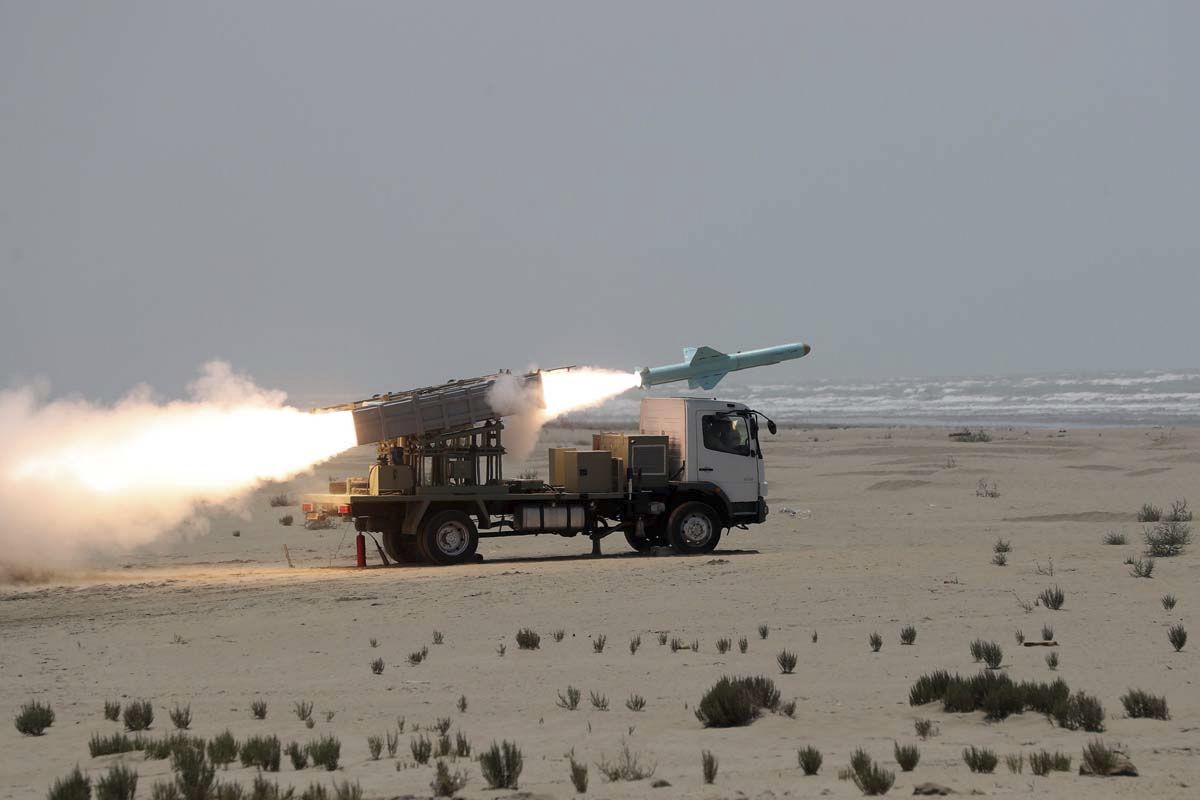 The report by the official IRNA news agency said the missiles destroyed targets at a distance of 280 kilometers (170 miles). It said the tests took place during a naval drill by Iran’s Navy in the Gulf of Oman and Indian Ocean.

IRNA said the missiles’ range can be extended but gave no details.

The news agency said two kinds of missiles were fired, without elaborating, and broadcast images of projectiles being launched from both a truck and a ship, hitting a buoyant target in the sea.

Iran’s Navy chief, Adm. Hossein Khanzadi, told state TV that the “homing” c-class cruise missiles have new warheads that can hit targets with high accuracy at a close distance. He said the missiles are capable of resisting “any kind of electronic war.”

“The important point about these missiles is that they are fully equipped with homing,” Khanzadi said. Homing is a missile guidance system in which the missile has all necessary electronics for tracking and hitting a target.

“It means they are of the fire-and-forget type. We fire the missile and the data is on the missile itself, it has various navigation systems built in,” Khanzadi added.

The report was the first of a drill since May, when a missile fired during an Iranian training exercise mistakenly struck an Iranian naval vessel instead of its intended target in waters near the strategic Strait of Hormuz, killing 19 sailors and wounding 15 others.

It also comes after a tense naval encounter between Iranian and U.S. forces in the nearby Arabian Gulf.

In April, the U.S. accused Iran of conducting “dangerous and harassing” maneuvers near American warships in the northern Arabian Gulf. Iran also was suspected of briefly seizing a Hong Kong-flagged oil tanker before that.

Iran regularly holds exercises in the Gulf of Oman, which is close to the Strait of Hormuz, the narrow mouth of the Arabian Gulf through which 20 percent of the world’s oil trade passes.

The U.S. has been actively campaigning to keep a United Nations arms embargo in place on Iran that is due to expire in November.

President Donald Trump withdrew the U.S. from Tehran’s nuclear deal with world powers two years ago, launching a maximum pressure campaign against Iran that has pushed the archrivals to the verge of conflict.