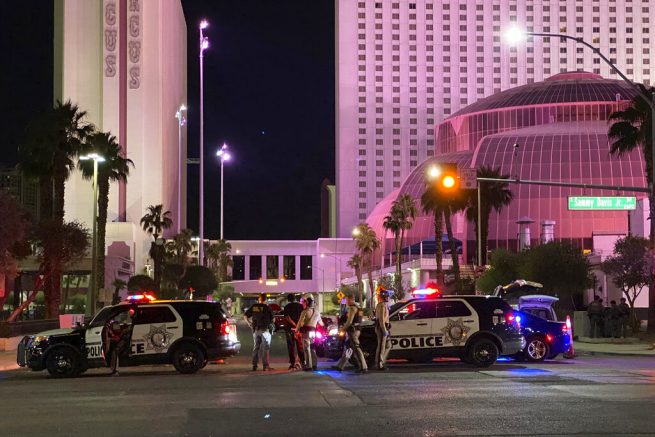 FILE – In this June 2, 2020, file photo, Las Vegas police block off a road at the Circus Circus hotel-casino after an officer was shot during a Black Lives Matter protest in Las Vegas. Officer Shay Mikalonis, 29, was shot during protests over the death of Floyd at the hands of police. (Christopher DeVargas/Las Vegas Sun via AP, File)

A Las Vegas Police officer has been left paralyzed after he was shot in the head at a George Floyd protest. The family of Officer Shay Mikalonis confirmed over the weekend that he’s paralyzed from the neck down, he’s unable to speak and is currently on a ventilator.

Police have charged a 20-year-old suspect with “attempted murder, battery and firearms charges” in connection with the incident. He has been identified as Edgar Samaniego.

According to a local news outlet, the police report noted that the suspect was not participating in the protest and was, instead, staying at a nearby hotel. 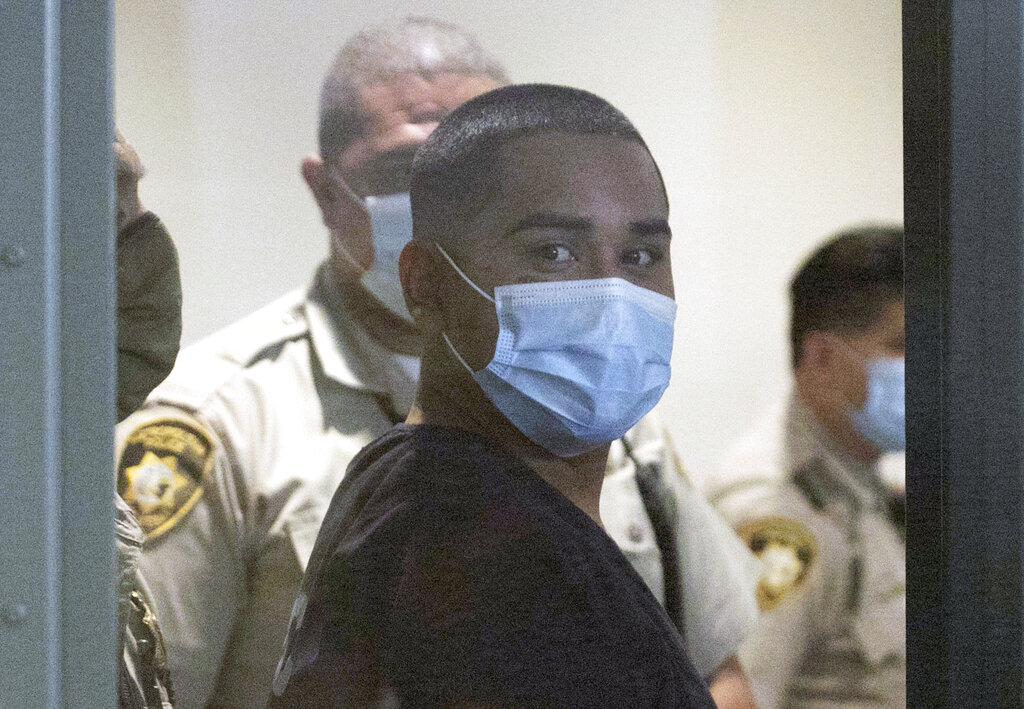 FILE – In this Wednesday, June 3, 2020, file photo, Edgar Samaniego, charged in the shooting of Shay Mikalonis, appears at the Regional Justice Center in Las Vegas. Samaniego is accused of shooting and critically injuring Mikalonis on the Las Vegas Strip on June 1, 2020. (Bizuayehu Tesfaye/Las Vegas Review-Journal via AP, File)

According to his family, Mikalonis has been temporarily accepted at a spine rehabilitation center. However, it’s still unclear to what extent he will be able to recover.

Sharing with permission from Officer Mikalonis’s family. Since so many of our community is supporting Shay we wanted to provide an update as of June 12th, after the fundraiser held for him. He feels your prayers and positive thoughts. #PrayforShay pic.twitter.com/rpwaxMTCui

Officer Fired After Rayshard Brooks Shooting Reinstated by Board

The police officer who was fired after fatally shooting a man in Atlanta last year was reinstated on Wednesday by a city board. Garrett Rolfe did not receive the mandatory 10 days notice, the Atlanta […]

Michigan Gov. Gretchen Whitmer on Thursday announced a plan to tie the state’s reopening and lifting of restrictions to the rate at which residents get the COVID-19 vaccination jab. The effort dubbed the “MI Vacc […]

260lb Woman Was Once Called a ‘Whale’ by Her Classmates, Sheds Half Her Body Weight

A woman who struggled with her weight throughout her life turned to comfort eating when her classmates called her a “whale” in high school. Her weight eventually spiraled up to a staggering 260 pounds (approx. […]