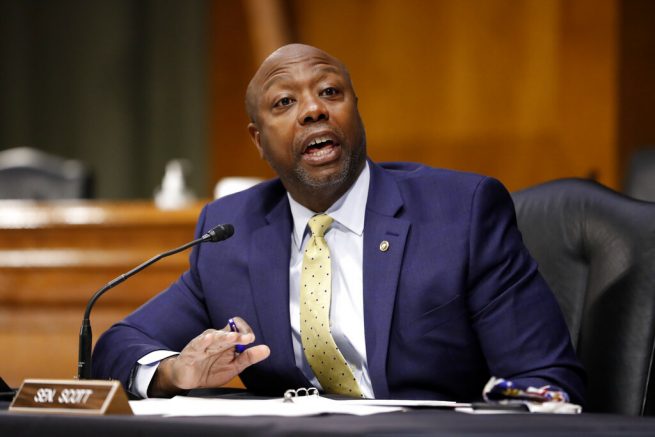 GOP and Democrat lawmakers are coming together to move forward the campaign to reform policing practices. On Sunday, several senators from both sides of the aisle went on different news outlets to discuss the high chamber’s temperature on police reform.

“So the question is: is there a path forward that we take a look at the necessity of eliminating bad behavior within our law enforcement community? Is there a path forward?” he asked. “I’m not sure that it’s qualified immunity, it seems like it won’t be decertification, but there’s going to be more information provided to the public so that we can make concrete decisions.”

Sen. Scott said there’s widespread support for banning choke holds in police departments and claimed the policy is outdated. He also affirmed there is bipartisan support for police databases, but there isn’t a consensus on whether the data will be collected by national, state or local governments.

The chokehold is a policy whose time has come and gone.
The #JUSTICEAct’s focus on the de-escalation of force is imperative. pic.twitter.com/uSxqILmkGK

However, the South Carolina lawmaker is calling for more data on “no knock” warrants, a policy Democrats want to abolish, by stressing there’s not enough information on who is effected by the policy or how effective it is. He said he hopes partisan politics won’t get in the way of enacting meaningful reform.

“We are one body of the United States Senate…people of good heart and good spirit, regardless of what the president does,” Scott stated. “He can veto a bill, but we should come forward in this moment in history which will be judged.” 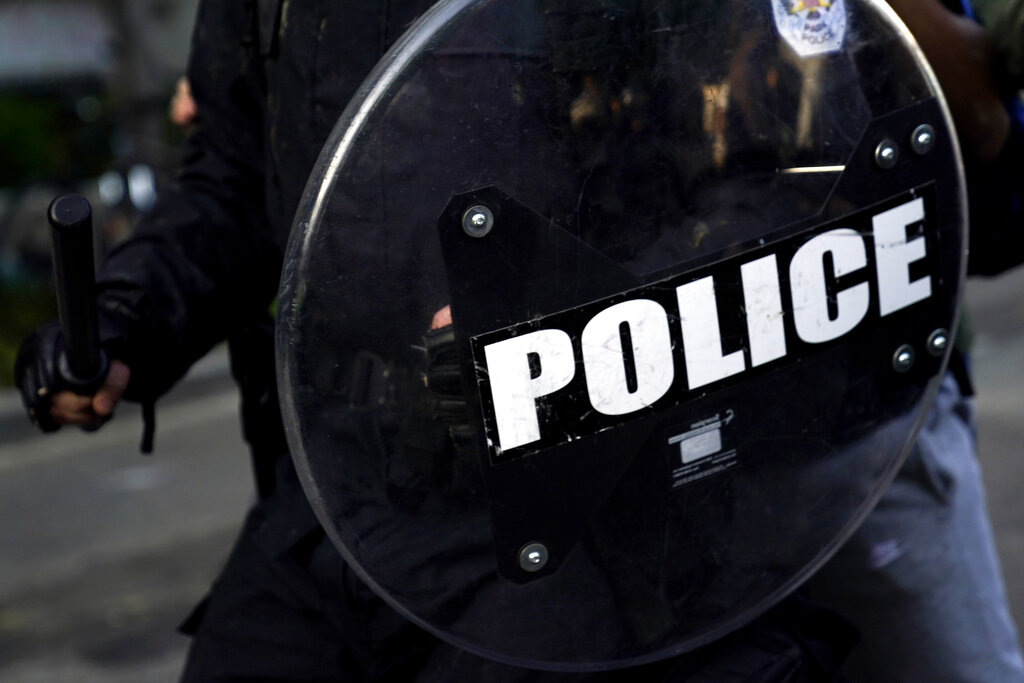 FILE – In this June 1, 2020, file photo, an officer holds a baton and shield as demonstrators gather to protest the death of George Floyd near the White House in Washington. In the wake of Floyd’s death, state lawmakers around the country want to make it easier to hold police legally accountable for their actions. (AP Photo/Evan Vucci, File)

He urged lawmakers from both parties to compromise on effective legislation and said it’s not the time for watered down reforms. Booker argued that half-measures haven’t worked in areas like Minneapolis and Ferguson, but is confident lawmakers will know what will work.

“Whether there’s a national registry, a state registry, a local department by department registry around the misconduct…that will be on the table as well,” he stated. “So, there are approaches that are very similar and somewhat different at the same time…I think we’re gonna get to a bill bill that actually becomes law. ”

Democrats introduced the Justice in Policing Act last week and touted sweeping police reforms. Sen. Scott said he will reveal the GOP’s response later this week. It’s expected to include reporting information to the Department of Justice regarding severe injuries and deaths, de-escalation training techniques and officer misconduct.

No Sign of Indonesian Sub as Air Dwindles, Search Resumes

The oxygen supply for the 53 crew members of an Indonesian submarine missing in waters off Bali is believed to have run out early Saturday with no sign of the vessel while the search resumed, […]