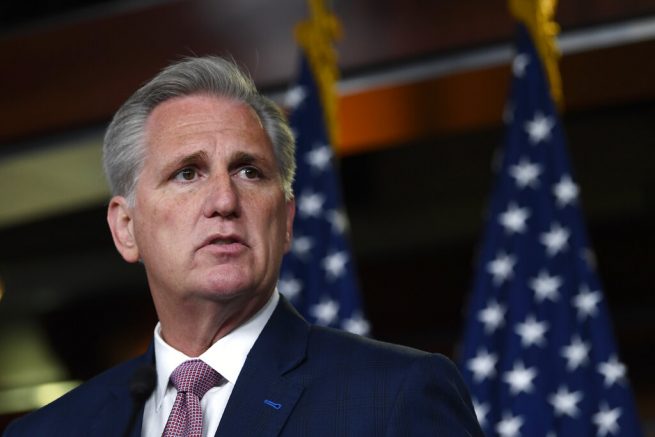 The top ranking Republican in the House of Representatives has called for lawmakers to put aside politics and launch a bipartisan conversation on police reform.

During his weekly briefing to the House, Minority Leader Kevin McCarthy (R-Calif.) vowed to work towards finding solutions to the issues brought to the fore by the death of George Floyd and the protests it has sparked across the nation.

“Here’s a commitment I make to the Floyd family, and to any family that had lost ones senselessly in this part of violence for the last few weeks: Your families deserve justice and we will not stop until we get to a solution that gets America on a path to a more united and peaceful future,” he stated.

He also chided Democrat Party leadership over their seeming unwillingness to include Republican voices in discussions over the legislation addressing these questions. He claimed House Democrats elbowed out their GOP counterparts and have chosen to focus on advancing their own agenda. 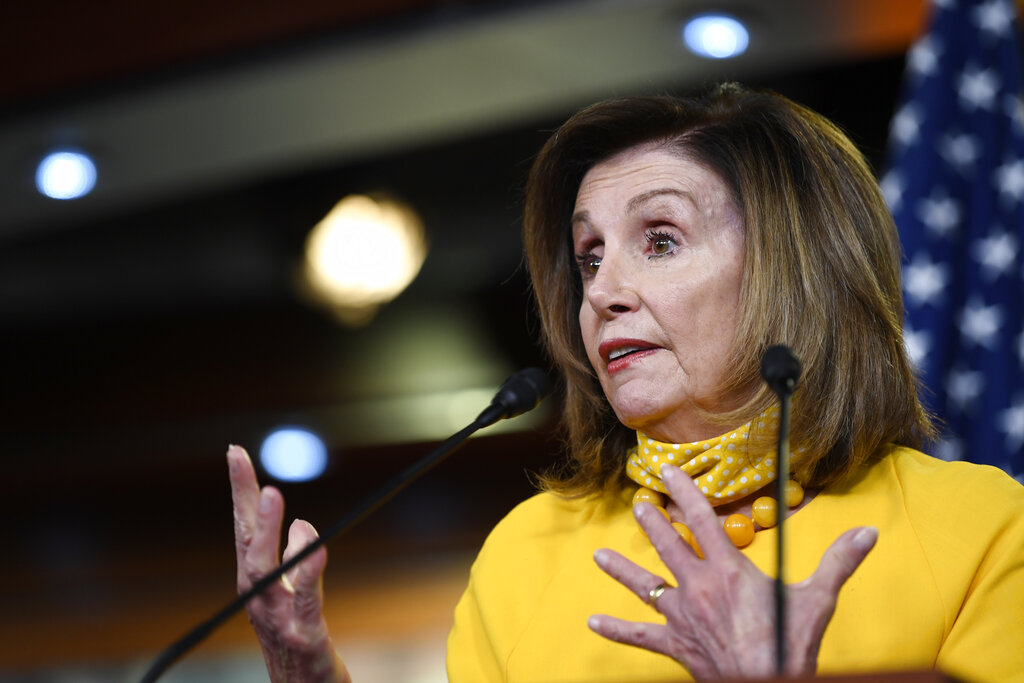 This followed Monday’s unveiling of a Democrat proposal for sweeping structural reforms to America’s criminal justice system. The proposal has yet to find any Republican sponsors and was reportedly drafted without input from the GOP.

“Despite there being common ground, Speaker Pelosi once again politicized what could have been a moment to lead and show the country we are capable of putting our differences aside when the stakes are this high,” explained McCarthy. “But Democrat leadership has kept Republicans shut out of those discussions and, in turn, left millions of Americans voices out of this important conversation.”

However, McCarthy hasn’t ruled out collaborating with Democrats. His recent comments have been interpreted by some analysts as an attempt to extend an invitation to leaders across the aisle.

At one point in his speech, he refused to pinpoint specific policies from the Democrat package he disagreed with. He instead called for putting aside political divides and working together to draft legislation able to withstand scrutiny in both chambers of Congress.

“What I’d like to do is work to where we agree upon, I think America deserves that,” he said. “Let’s put all ideas upfront and let’s work together to produce law, not politics.” 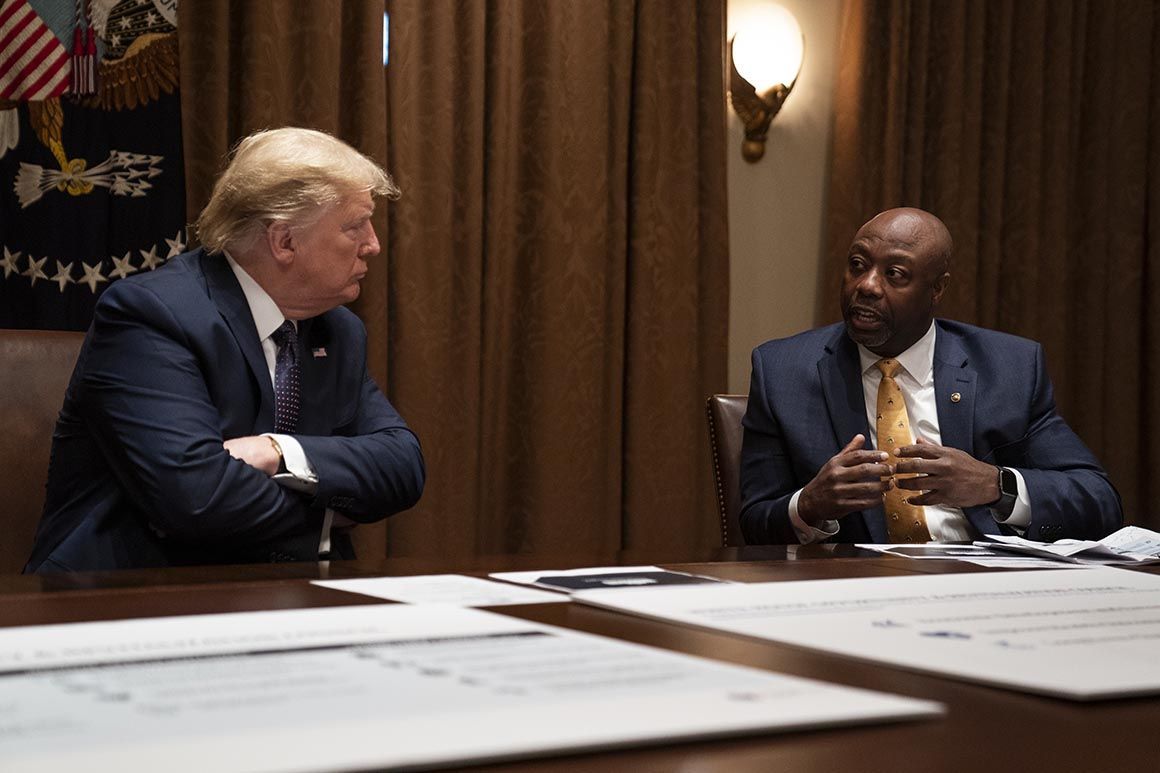 President Donald Trump listens as Sen. Tim Scott, R-S.C., speaks during a meeting on opportunity zones in the Cabinet Room of the White House, Monday, May 18, 2020, in Washington. (AP Photo/Evan Vucci)

Meanwhile, Senate Republicans have been working on their own legislative package for criminal justice reform to serve as a counterpart to the one put forward by House Democrats. The committee in charge of drafting that package is headed by Sen. Tim Scott (R-S.C.), who is one of three currently serving black senators.

Majority Leader Mitch McConnell (R-Ky.) has characterized this move as a decision to put black lawmakers at the forefront of police reform efforts. McCarthy echoed this sentiment and highlighted his desire to work closely with the Congressional Black Caucus in the drafting of criminal justice reform proposals.

He added he is optimistic about lawmakers’ ability to come together and arrive at a truly bipartisan solution, should they choose to include all voices in the conversation.

“I think there’s a place we can work together,” said McCarthy. “I’m hopeful when we get to a markup, we could be in a place that it’s not one bill or nothing, it’s the ideas of all.”

McConnell: The private sector needs to stop acting like a ‘woke parallel govt.’

President Joe Biden looks to former President Barack Obama after signing an executive order during and event about the Affordable Care Act, in the East Room of the White House in Washington, Tuesday, April 5, […]