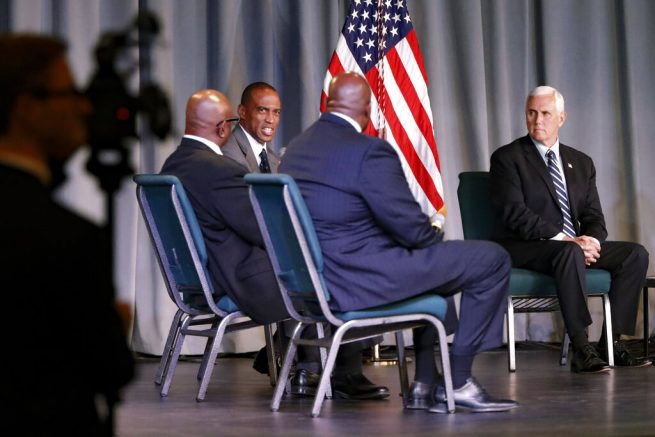 Vice President Mike Pence has said the administration is determined to ensure effective police reform. On Friday, Pence announced he and the president have been working with law enforcement officials, as well as community leaders, to find the right balance.

According to the vice president, the goal is to improve public safety, enforce stronger standards for use of force and provide more training resources for police departments across the country.

He also took a moment to stress that the White House is not in support of defunding the police.

“The reality is that 99% of the incredible men and women that put on the uniform of law enforcement every day are the very best of us. We’re going to listen to them. We’re going to determine the best way that we can better equip them with additional resources for training and other forms of guidance.” – Mike Pence, Vice President of the United States

President Trump has been finalizing an executive order in the meantime, which will encourage law enforcement to update use of force standards, including tactics to deescalate situations.

Novavax to submit COVID-19 vaccine to FDA for approval

FILE – In this Wednesday, Oct. 7, 2020, file photo, a vial of the Phase 3 Novavax coronavirus vaccine is seen ready for use in the trial at St. George’s University hospital in London. Novavax […]