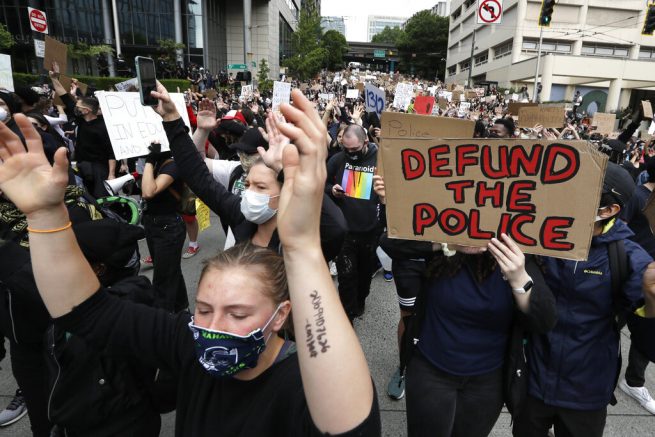 Seattle police have said they have reason to believe protesters in the self-proclaimed “Capitol Hill Autonomous Zone” may be committing criminal offenses. On Wednesday, local officials announced leaders inside the zone, which has been deemed a “co-op free from cops,” have reportedly been trying to coerce citizens and businesses to pay a price for their “protection. ”

“We have heard, anecdotally, reports of citizens and businesses being asked to pay a fee to operate within this area,” stated Assistant Chief of Police Deanna Nollette. “This is the crime of extortion.”

Police also voiced concerns about armed guards patrolling the zone, who appear to be intimidating community members. Protesters began occupying the area on Tuesday after police abandoned their east precinct, hoping it would deescalate tensions.

CHAZ (the capitol hill autonomous zone here in seattle) is an incomprehensible contradiction whose existence seems to have been willed into being through gumption and determination alone, and the result is something beautiful, fragile, and potentially world-changing. pic.twitter.com/s9Z0zNfVqM

Since then, activists have overtaken an area ranging six blocks downtown. They have been using the streets to feature discussions, movie screenings and live music to further the Black Lives Matter movement, as well as their mission to defund the police.

“It’s not aggressive or violent, nothing like that. We didn’t come out here for any of that. All we wanted was what was equal, what was right.” – Unnamed protester

Police have alluded to a darker side of the barricaded zone, citing reports of possible extortion by protesters and threats they’ve received suggesting their precinct will be burned down.

If you want to know what the Capitol Hill Autonomous Zone is like, it’s beautiful. #CHAZ pic.twitter.com/v61ECgi7Yv 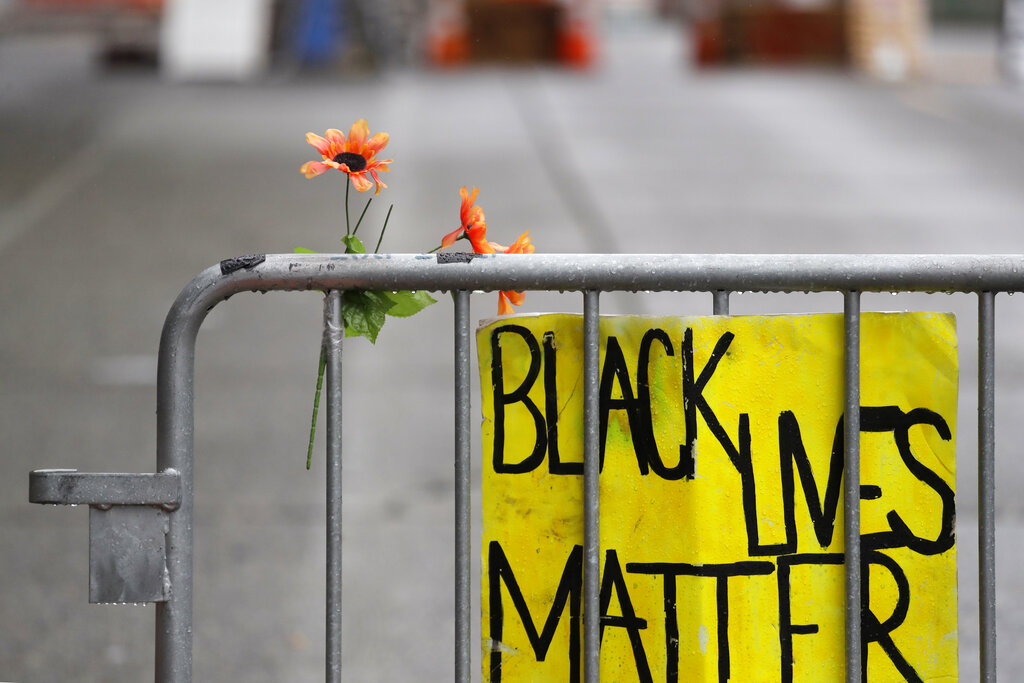 A barricade stands at the end of a street where a plywood-covered and closed Seattle police precinct stands Tuesday, June 9, 2020, in Seattle, following protests over the death of George Floyd, a black man who was in police custody in Minneapolis. (AP Photo/Elaine Thompson)

Officers have also pointed out the situation has caused distress for residents, who reportedly have to go through checkpoints upon entering and provide their identification to civilian armed security forces.

Seattle police have emphasized they’re open to dialogue with leaders of the occupation. They have said they’ll wait “for everyone’s tempers to calm” and will approach discussions “with a view toward equality.”

In the meantime, President Trump has called on city and state leaders to put an end to the occupation. He urged them to take back their city immediately and said these “anarchists” have to be stopped now.

Radical Left Governor @JayInslee and the Mayor of Seattle are being taunted and played at a level that our great Country has never seen before. Take back your city NOW. If you don’t do it, I will. This is not a game. These ugly Anarchists must be stopped IMMEDIATELY. MOVE FAST! 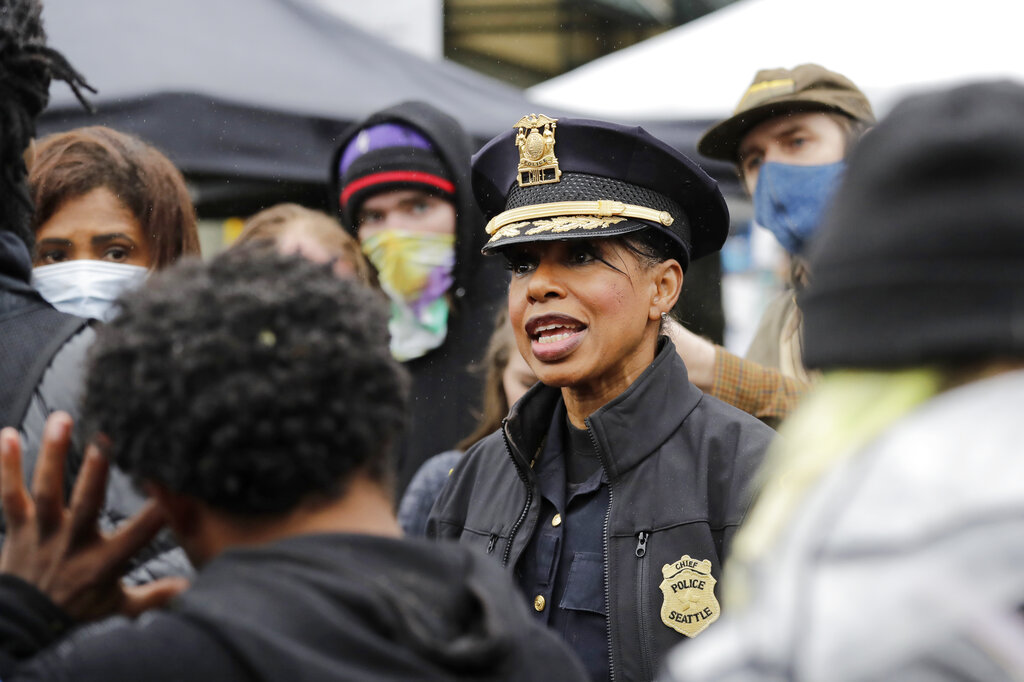 Seattle Police Chief Carmen Best talks with activists near a plywood-covered and closed Seattle police precinct Tuesday, June 9, 2020, in Seattle, following protests over the death of George Floyd, a black man who was in police custody in Minneapolis. (AP Photo/Elaine Thompson)

MORE NEWS: N.Y. Police Benevolent Association President: ‘We Are Being Portrayed As The Enemy’

National security adviser Jake Sullivan said Sunday he “can’t make any guarantees” that terrorist groups like al-Qaida and ISIS won’t see a resurge once U.S. forces withdraw from Afghanistan in the coming months. Sullivan made […]

SANTA ANA—Orange County’s number of COVID-19 hospitalizations fell out of triple-digits for the first time in months May 3, while the county also reported just 55 new infections and did not log any further fatalities. […]