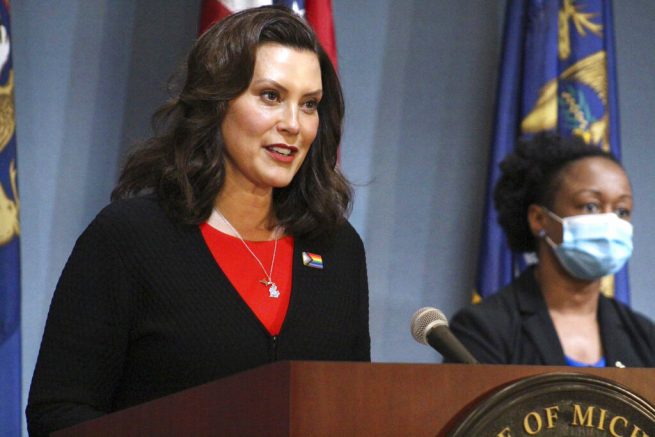 A Michigan barber who opened his shop despite coronavirus lockdown orders has won a legal battle against Gov. Gretchen Whitmer (D-Mich.).

The state’s Supreme Court ruled unanimously in favor of 77 year-old Karl Manke’s right to work over the weekend. The decision overturned a previous ruling made by the state’s appeals court with one justice clarifying such judgments must be made “according to the rule of law” and “not hysteria.”

During a press conference last week, Manke criticized the lower court’s decision to revoke his license without notice or a hearing.

“The court of appeals acted more like a bully playground character…acting above following the rules and not giving an individual citizen like myself, or you, your citizen rights to due legal process,” he stated.

The ruling came as an increasing number of businesses like restaurants and gyms followed Menke’s lead by resuming operations in defiance of Whitmer’s stringent lockdown orders.

Manke’s case will return to an appeals court Thursday ahead of the official June 15 reopening date for Michigan salons and barbershops.

In this photo provided by Caltrans, a section of Highway 1 is collapsed following a heavy rainstorm near Big Sur, Calif., on Friday, Jan. 29, 2021. (Caltrans via AP) OAN NewsroomUPDATED 5:50 […]