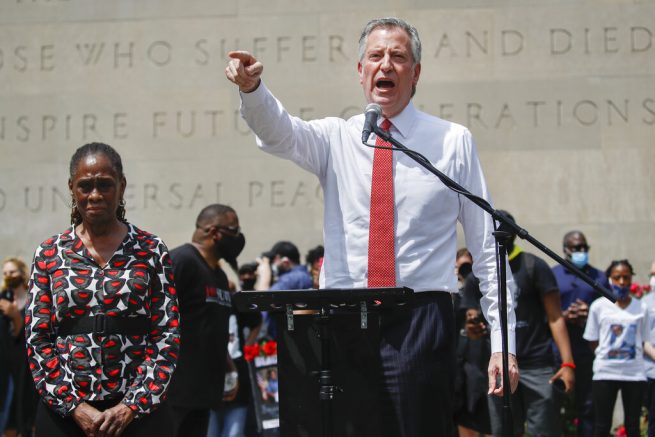 Mayor Bill de Blasio announced plans to cut the budget of the New York Police Department (NYPD) and reform police practices. On Sunday, the Democrat official said he will cut funding from the NYPD and allocate the money to youth and social services.

As for reforms, the mayor said the city will establish civilian agencies to handle vendor and administrative enforcement, but de Blasio claimed he will not neglect public safety.

Mayor de Blasio stressed the first round of budget cuts, expected within the coming weeks, will begin an 18 month reform process.

Attorney General Merrick Garland on Tuesday announced that the Justice Department (DOJ) is working to revive an effort to support certain disadvantaged communities to combat barriers to accessing justice in America. Garland said that the […]

A McDonald’s franchise owner in Tampa, Florida, said he is paying people $50 just to show up for a job interview and is still struggling to find applicants. Blake Casper, the franchisee who owns the […]