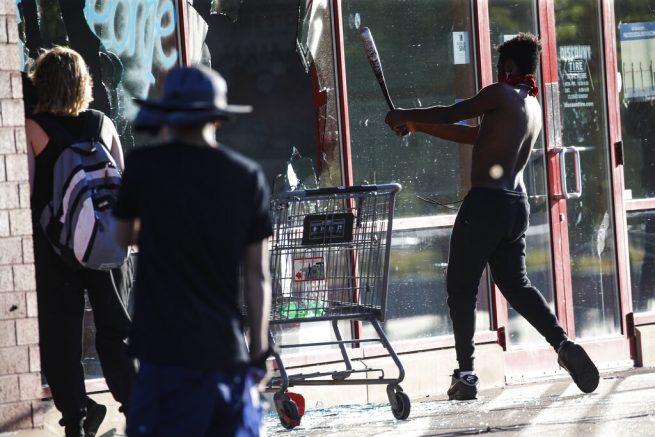 FILE – In this May 28, 2020 file photo, a protestor breaks a window of a business with a baseball bat, in St. Paul, Minn. The destruction caused by vandals and looters in cities across the country, who struck as demonstrators took to the streets in reaction to the killing of George Floyd in Minneapolis, has devastated small businesses already reeling from the coronavirus outbreak. (AP Photo/John Minchillo, File)

Business owners are speaking out against looting during the ongoing protests by saying opportunists are harming their ability to recover following pandemic shutdowns.

As demonstrations continued across the country this week, many were dismayed to witness the hijacking of campaigns for reform by those seeking to profit off the unrest.

Omillia Harris, the owner of a hair salon in Los Angeles, said she was relieved her business was untouched by the violence, but expressed concerned over the proximity of recent acts of vandalism to her location.

“I really was concerned, especially after getting here and seeing this,” she stated. “I’m like wow, we’re lucky because it’s like right across the street.”

Harris also emphasized looting is jeopardizing the ability of small businesses in the area to recover from loss of income experienced during mandatory closures enacted to prevent the spread of COVID-19.

“I haven’t had income since March, that’s how badly I’ve been hurt,” she said. “It seems like it’s just prolonging everything because it’s not going to go back to normal if people keep ransacking everything.”

This feeling was echoed by other business owners who are worried losses created by looters could deal the final death blow to their chances at recovery, possibly dooming them to permanent closure.

“‘We’ve been struggling for the last three months. We were ready to start making some money to recover and now we couldn’t afford the destruction anymore. I mean if something happened, then that’s it, we will close for good.” 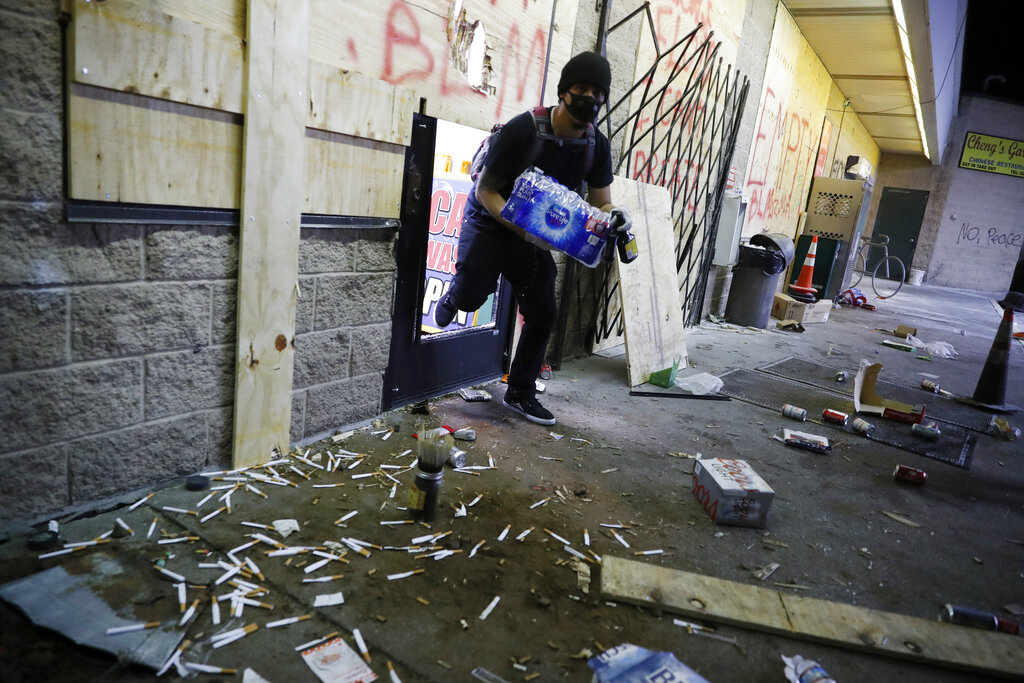 People loot a convenience store Friday, May 29, 2020, in Minneapolis. Protests continued following the death of George Floyd, who died after being restrained by Minneapolis police officers on Memorial Day. (AP Photo/John Minchillo)

However, the consequences of attacks on private property have not just been felt by those who own and run small businesses. Along with jewelry and electronics stores, pharmacies have also been a favorite target of looters. Some people are worried this could create medication shortages in some areas.

“I have a sufficient supply to last another week, maybe two weeks, but had I been running short,” said Yvan LaRose, a local resident. “It would be a very major inconvenience.”

Although several of these business owners stated they support the cause of reform and sympathize with activists incensed by the death of George Floyd, they also stressed this should not come at the expense of unwarranted destruction of small American businesses.

Some stars had such timeless styles that their iconic looks have endured decades after their death. One such star is Audrey Hepburn, whose admired and imitated style began on the silver screen. Hepburn’s first two […]