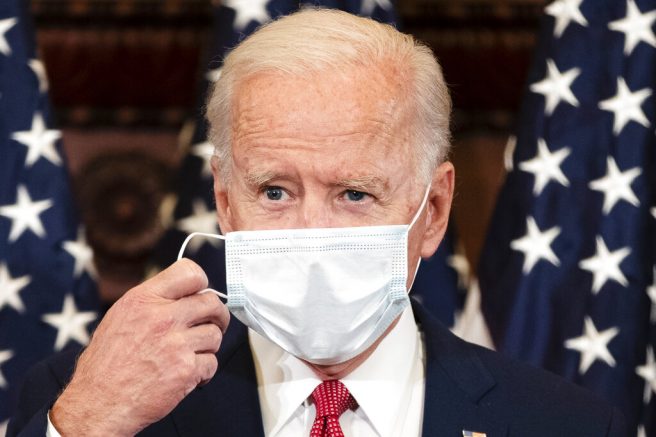 Yet, his remarks took an unexpected turn as he appeared to condemn a significant portion of the population, in turn, bringing to mind Hillary Clinton’s now-infamous labeling of Trump supporters as a “basket of deplorables.”

This is the latest in a series of gaffes from the former vice president, including one during a recent radio interview when he seemed to imply that black Trump supporters were not really black.

Who is he including in that?

Christians who want to go to church?

Small biz owners trying to save their companies?

Because something tells me, he’s not talking about the looters burning down communities!

WASHINGTON, D.C. – OCTOBER 27: Sen. John Barrasso (R-Wyo.) speaks alongside other Republican Senators during a press conference on rising gas an energy prices at the U.S. Capitol on October 27, 2021 in Washington, D.C. […]

Australia is yet to add other countries to its high-risk list as India’s COVID-19 crisis sees almost 400,000 daily new cases added to a tally of human misery. Australians trying to return from India as […]

Why Did I Renounce the Chinese Communist Party Membership?

Commentary I was once a member of the Chinese Communist Party (CCP) and one of the speechwriters for Wei Jianxing, the former member of the Politburo Standing Committee, and the Secretary of the Central Commission […]