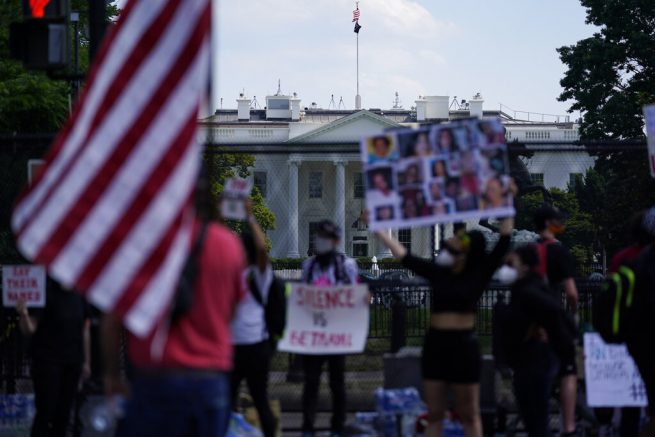 With the White House in the background, demonstrators protest, Thursday, June 4, 2020, in Washington, over the death of George Floyd, a black man who was in police custody in Minneapolis. (AP Photo/Evan Vucci)

House Democrats are hoping to appoint another special prosecutor to investigate President Trump over the latest riots in Washington. Around 80 Democrats cosigned a letter to the Justice Department on Thursday, which requested a probe into the president’s handling of rioters and looters outside of the White House.

AG bill barr is out of control and reportedly ordered the tear-gassing of protestors. Today I joined @davidcicilline and 82 of my colleagues calling for a Special Counsel to look at barr’s role in the chilling attack on Americans. pic.twitter.com/9GxuT3eln6

Congressmen David Cicilline and Bill Pascrell Jr. claimed the police used tear gas to break up what they called peaceful protests. Officials have confirmed no tear gas was used against non-violent protesters. 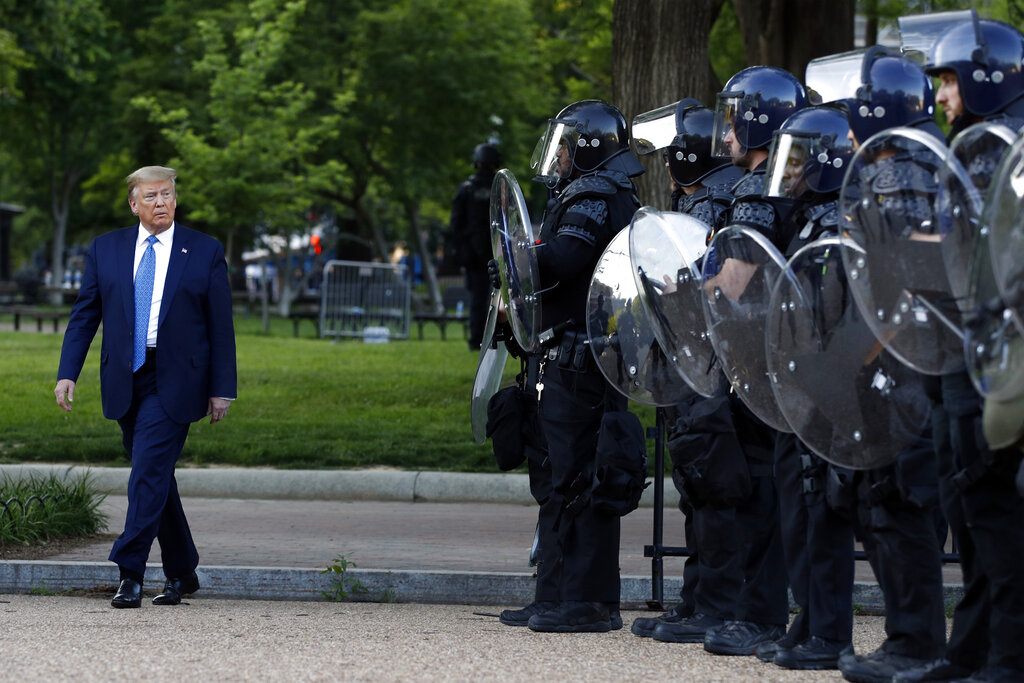 President Donald Trump walks past police in Lafayette Park after he visited outside St. John’s Church across from the White House Monday, June 1, 2020, in Washington. (AP Photo/Patrick Semansky)

According to Attorney General William Barr, far-left groups were inciting the violence, which triggered a police response.

“There were projectiles being thrown, and the group was becoming increasingly unruly,” he stated. “They were asked three times if they would move back one block, they refused.”

Democrats have called for Barr to resign as they continue to try and blame President Trump and his administration for the latest tensions.

RELATED: Press Secy. McEnany: Officers Have Right To Defend Themselves

FILE – In this April 30, 2021, file photo surrounded by lawmakers, Florida Gov.Ron DeSantis speaks at the end of a legislative session at the Capitol in Tallahassee, Fla. (AP Photo/Wilfredo Lee, File) OAN NewsroomUPDATED […]