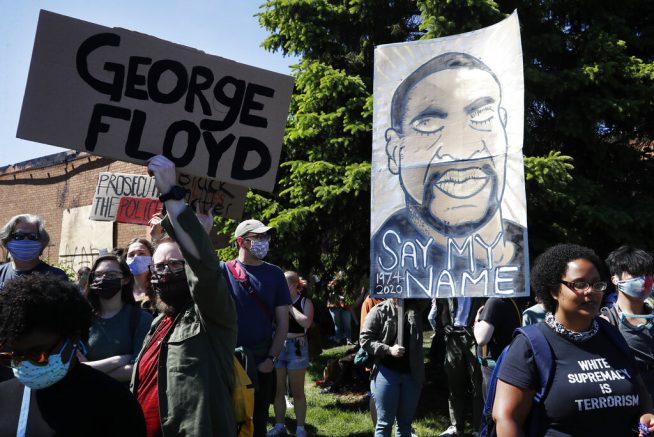 Protesters gather Saturday, May 30, 2020, in Minneapolis. Protests continued following the death of George Floyd, who died after being restrained by Minneapolis police officers on Memorial Day, May 25. (AP Photo/John Minchillo)

Lawmakers have called for an end to the protests that gripped the nation this weekend. On Friday, Minnesota Governor Tim Walz announced the city of Minneapolis had descended into “chaos” and urged residents to restore peace.

“If you care about your community, you have got to put this to an end,” stated Walz. “It needs to stop.”

Minnesotans, please go home. It’s time to restore peace on our streets and in our neighborhoods. The situation has become dangerous for Minnesotans and first responders.

“We as a city are so much more than this, we as a city can be so much better than this,” he said. “There is no honor in burning down your city, there is no pride in looting local businesses that have become institutions of a neighborhood.”

Minnesota Guardsmen are reporting for duty from across the state to be ready to assist local authorities in restoring order and maintaining peace. pic.twitter.com/hHdrFjcVEQ 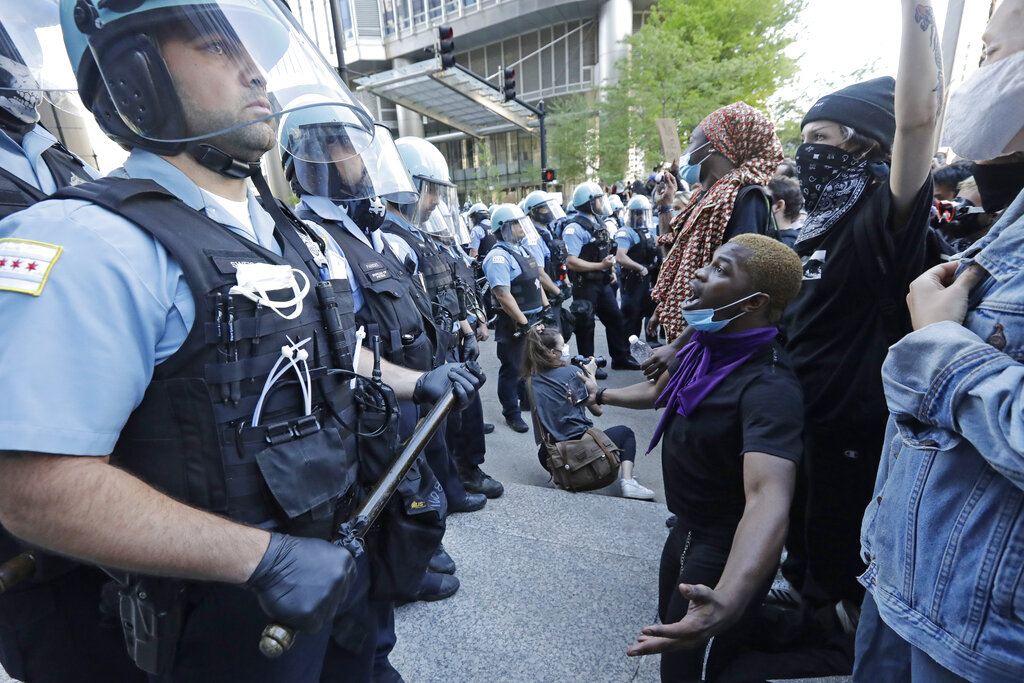 However, protests quickly spread out of Minneapolis and, by Friday night, more than two dozen cities had reported widespread demonstrations.

In Southern California, protesters stopped traffic on a major freeway in Los Angeles, while some were detained for throwing rocks at police. California Governor Gavin Newsom has since said his heart goes out to the Floyd family and urged protesters to stay non-violent.

“Let us commit ourselves to that, in the spirit of this moment and the spirit of this weekend,” stated Newsom. “I pray that all of us who want to express ourselves do so thoughtfully and gently, but forcefully, in terms of expressing themselves, as they should and as they must.”

When will it end?

We are faced with that question over and over again.

The structural racism in our society persists. Our incapacity to wake up to that reality continues.

After protesters clashed with police outside of the CNN headquarters in Atlanta, Georgia Governor George Kemp sent in the National Guard to assist local law enforcement.

.@GeorgiaGuard troops are out at the Governor’s Mansion on West Paces Ferry Road, ready to keep the peace and ensure nonviolent protests. pic.twitter.com/AfDMTEDS6Z 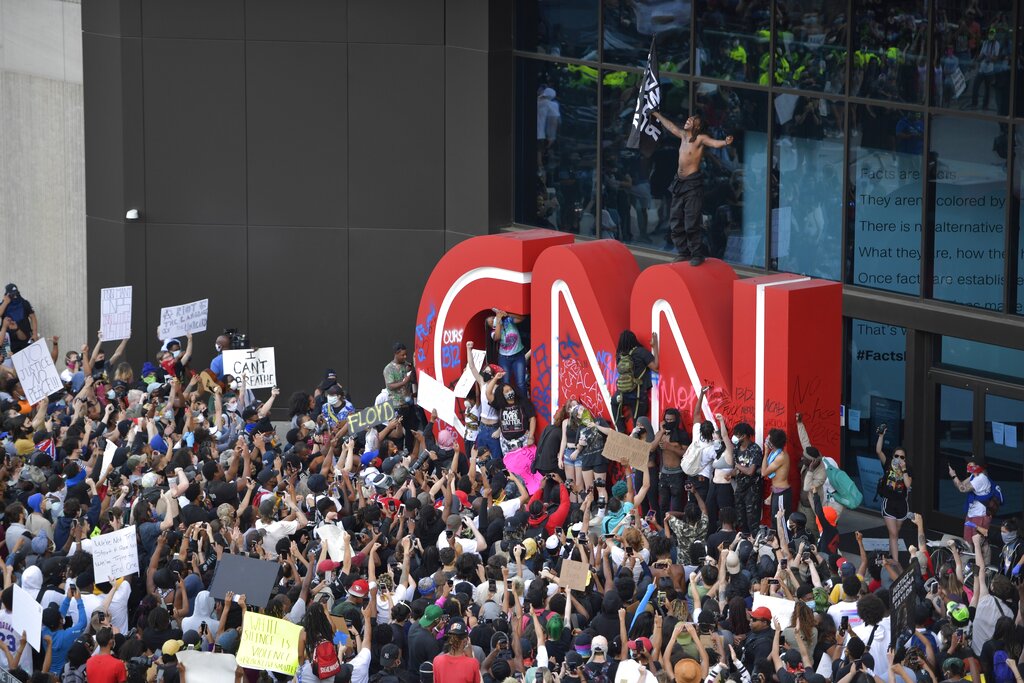 Demonstrators paint on the CNN logo during a protest, Friday, May 29, 2020, in Atlanta, in response to the death of George Floyd in police custody on Memorial Day in Minneapolis. (AP Photo/Mike Stewart)

Meanwhile, protesters have said bringing in the National Guard will only increase tensions. Atlanta Chief of Police Erika Shields agreed.

“I’m standing here because what I saw was my people face-to-face with this crowd, and everybody’s thinking, ‘How can we use force to diffuse it?’” she said. “I’m not having that.”

Officials have said they are hoping the arrest of former Minneapolis Police Officer Derek Chauvin will eventually lead to the end of the violence before it escalates further. 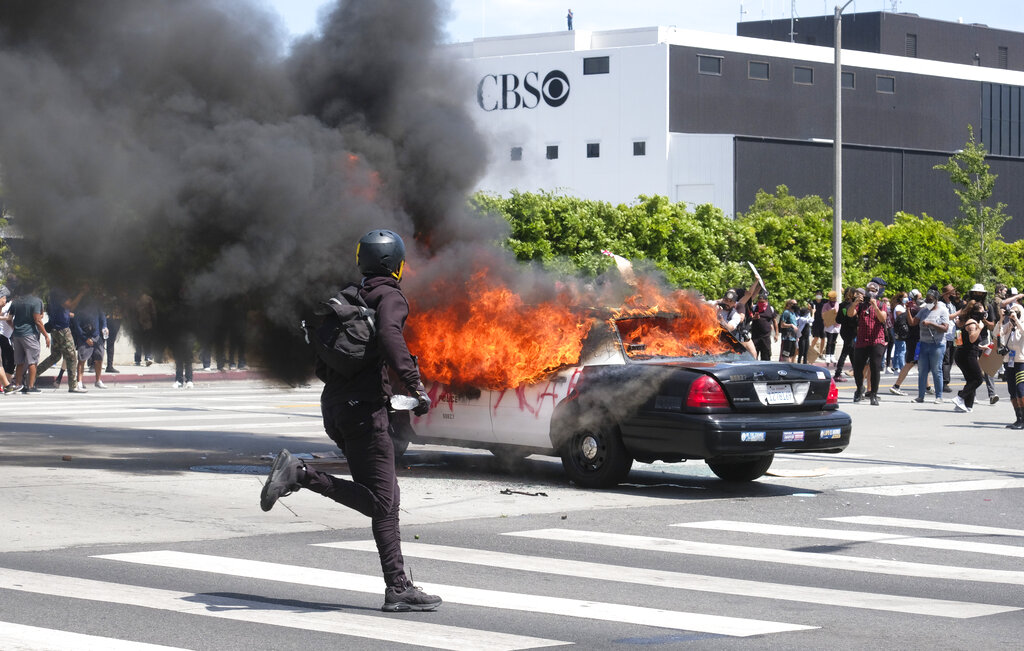 A person runs while a police vehicle is burning during a protest over the death of George Floyd in Los Angeles, Saturday, May 30, 2020. (AP Photo/Ringo H.W. Chiu)

The Australian government has taken a rare step to support the United States and attributed the SolarWinds cyber attack to Russia. In a statement on April 15, Foreign Minister Marise Payne, Defence Minister Peter Dutton, and […]