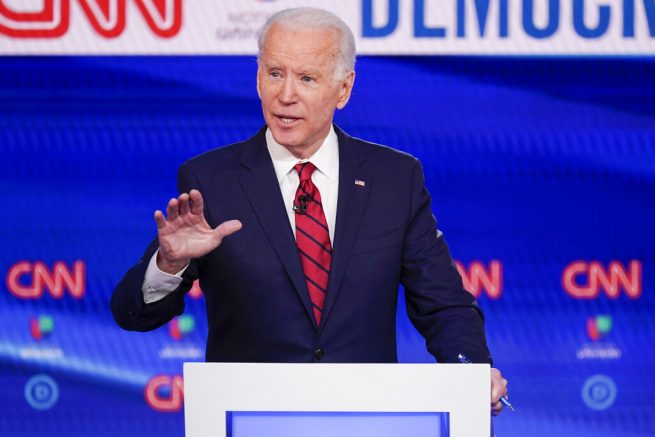 Joe Biden has come under fire for remarks he made during an interview this week.

During his Friday appearance on radio show “The Breakfast Club,” he tried to cut the interview short. Before logging off, the host asked Biden for another interview at a future date and added he still had questions for the presidential hopeful.

The former vice president then responded, “If you have a problem figuring out whether you’re for me or Trump, then you ain’t black.”

The host replied by saying, “It has nothing to do with Trump, it has to do with the fact I want something for my community.”

Now you know about @JoeBiden’s #YouAintBlack moment where he dictated how Black people should behave & vote.

So entitled and condescending!

This isn’t the first time Biden has stepped in it!

But @realDonaldTrump knows you have to earn votes & he’s got the record to do it. pic.twitter.com/blpaDWzVTH

Trump campaign senior advisor Katrina Pierson spoke out on Twitter, saying “White liberals have always dictated which blacks are allowed in the house or kept outside.”

White liberals have always dictated which blacks are allowed in the house or kept outside. It depends on how “clean and articulate” they are.

The media dictates who works the fields and who oversees them base on the level of compliance.

Sen. Tim Scott (R-S.C.) also slammed the presidential hopeful following his controversial comments on black Trump supporters. He stated said he’s “offended, but not surprised” and referred to Biden’s remark as the “most arrogant, condescending comment I’ve heard in a very long time.”

Joe Biden’s comments are the most arrogant and condescending thing I’ve heard in a very long time. I am offended, but not surprised. pic.twitter.com/aXiVF6oAwc

On Twitter, the senator claimed the former vice president attempted to invalidate 1.3 million black Americans who voted for President Trump in 2016.

He went on to point out Biden sponsored the controversial 1994 Crime Bill, which the lawmaker has said contributed to the incarceration of “more African American males than any other piece of legislation.”

Biden has since walked back his remarks, which he said were too “cavalier.”